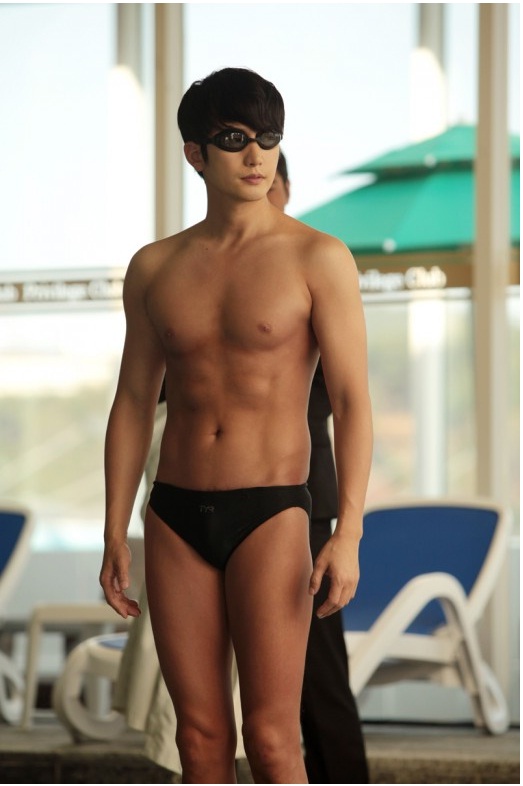 Actor Park Si Hoo recently attracted a lot of attention by showing off his bronze skin and muscular body.
In some snapshots of the new film Confession of Murder he appears, Lee Doo Suk (played by Park Si Hoo), who becomes a celebrity after publishing an autobiography of confessing his sins, is in a hotel swimming pool in a relaxed mood.

In the snapshots, Park is showing off his muscular body and healthy bronze skin.

Lee Doo Suk is a handsome man who has murdered ten people. In order to portray a serial killer who has a handsome face and a nice body, Park showed off his muscular body.
Park has attracted a lot of female viewers’ attention with his romantic characters in such drama series as Queen of Reversals, Prosecutor Princess, and The Princess’ Man. In the film, Park portrays a serial killer who becomes a celebrity.
Confession of Murder is an action film about a serial killer, who confesses his sins after the statute of limitations has run out, and a detective, who tries to put him in prison by investigating an unsolved disappearance case. It was directed by Jung Byung Gil, a director of We’re Action Stars, and will be released on November 8. 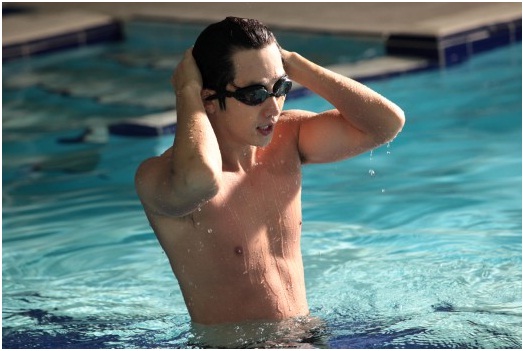