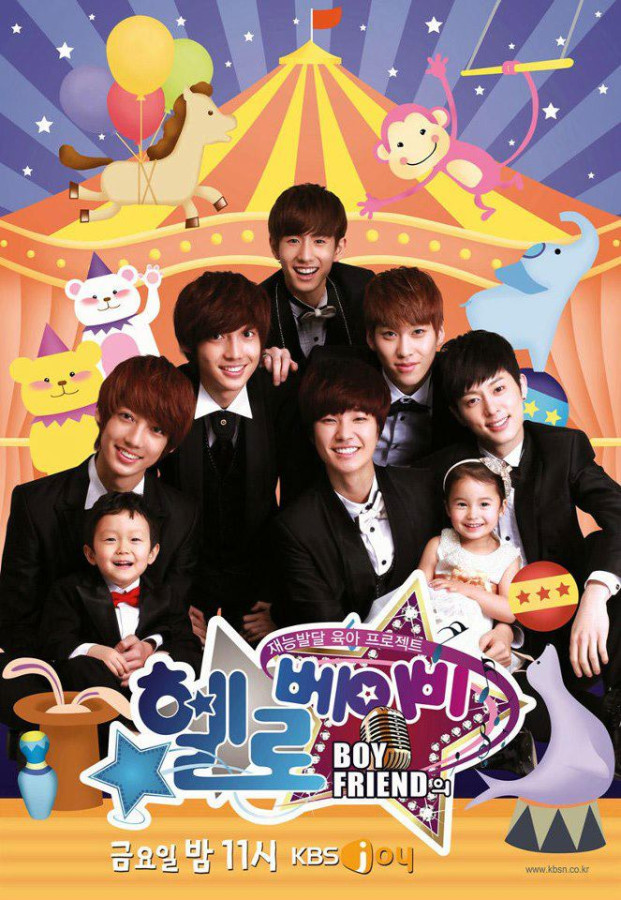 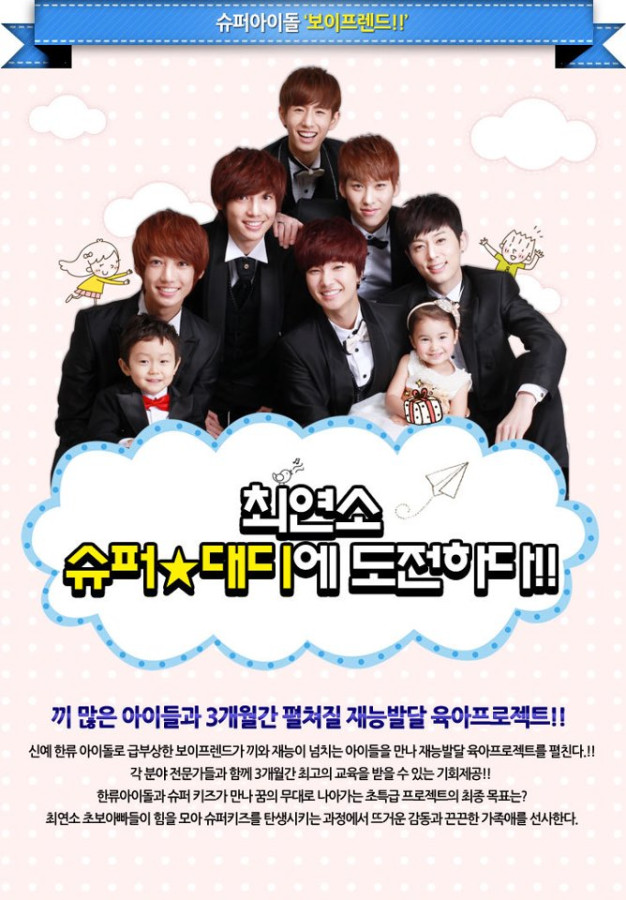 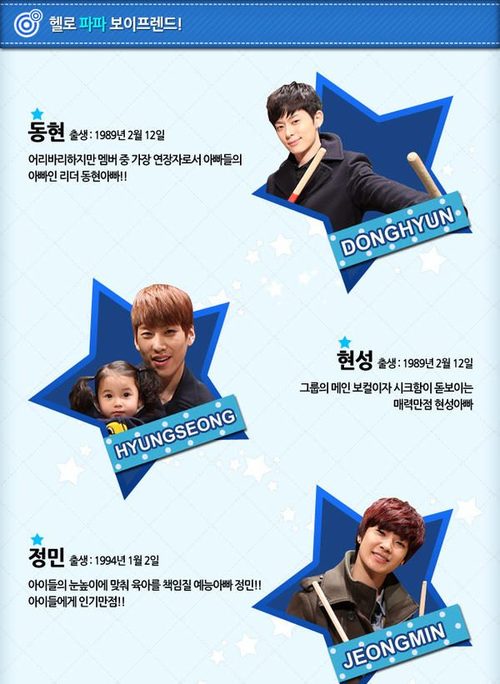 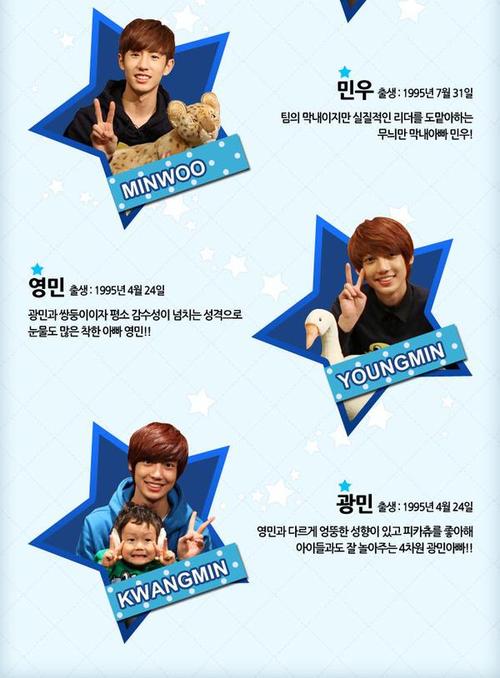 Donghyun
Date of Birth: February 12, 1989.
Young but the member who is the captain and the eldest among other appas is appa leader Donghyun.

Jeongmin
Date of Birth: January 2nd, 1994.
Having the same level at the kid’s eyes and responsible in raising them The entertaining appa Jeongmin!!
Popular among kids!!

Youngmin
Date of Birth: April 24th, 1995.
Kwangmin’s Twin who as usual has a good personality and naturally shed a lot of tears appa Youngmin!!

Kwangmin
Date of Birth: April 24th, 1995.
Unlike Youngmin, he’s quite clumsy and likes Pikachu
He also 4-dimensionally plays with the kids well!! 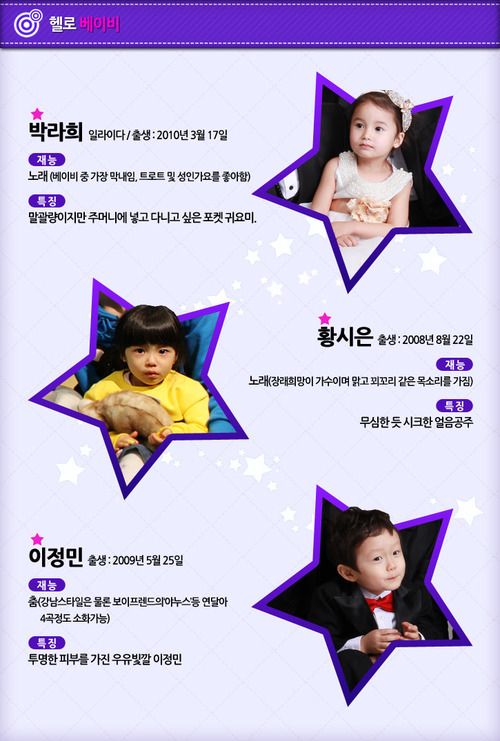 Park RaHee (Ilayda)
Born: March 17th, 2010
Talent: Singing (The youngest baby, likes trot and adult songs)
Specialty: She’s quite boyish but her cuteness would make you want to put her in your pocket

Lee JeongMin
Born: May 25th, 2009.
Talent: Dancing (Able to, of course, memorize and do Gangnam Style, Boyfriend’s ‘JANUS’ and 4 other songs in a row)
Specialty: Lee Jeongmin has clear and milky white skin 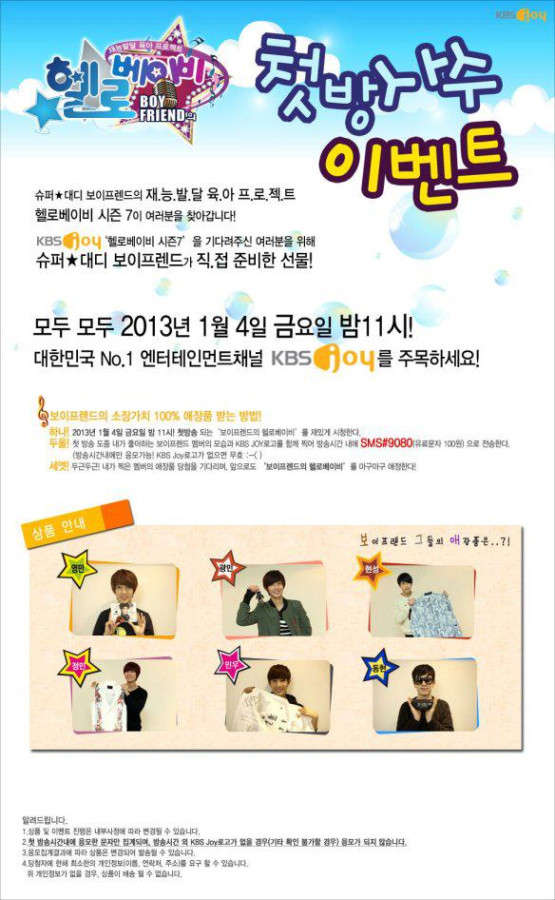 *BOYFRIEND will be giving away their Favorite Items for Hello Baby
Broadcast Event. However, it’s only open to K-BFs or those residing in
Korea.* 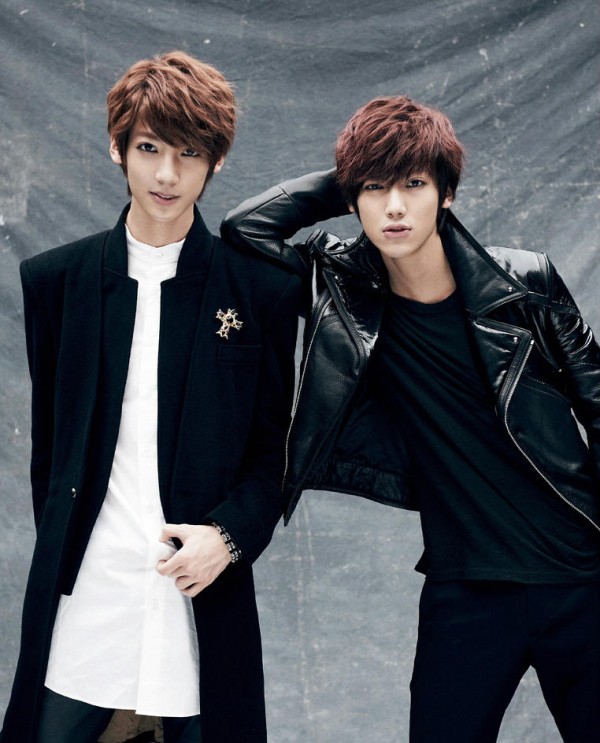 Boyfriend has released the teaser photo for the twins Youngmin and Kwangmin!

The photo was released through Starship Entertainment‘s Twitter with the words, “2013.01.10, Boyfriend is having an unexpected comeback!  Providing you with the teaser for Youngmin and Kwangmin, who came back as homme fatales. Please promote us a lot~^^“.

As the boys recently finished up promotions for “Janus“, fans were surprised to hear about another comeback in store. However, as “Janus” was a huge hit for them, their next track is much anticipated by the group’s old and new fans.

Stay tuned for more information on their comeback!

all my bestfriend feels these days. i'm happy the company have been keeping them busy but i hope they don't fall sick. also happy belated birthday flawfree ultimate bias!!!