Your mother is a whore, my father told me so (

Something fun and different 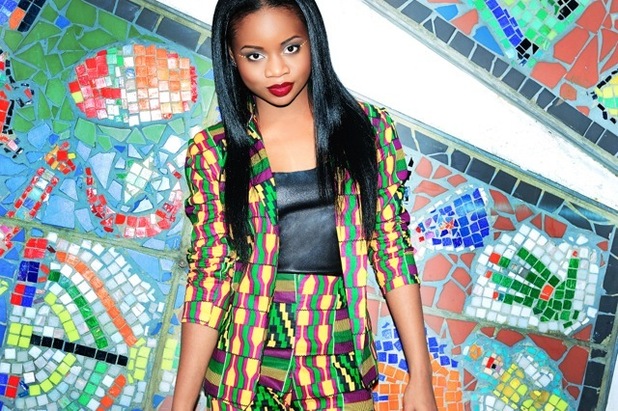 18 year old A*M*E ( real name Aminata Kabba) had released her first commercial single in late 2012, what made this single different from other British songs that came out that  year was that the singl Play the game bo is inspired by KPOP. A*M*E is no stranger to KPOP, her sister had introduced her to Korean music and she had also written the son Beautiful Strange for F(X)

Read her interview with MTV talking about KPOP:

You mentioned K-pop, which is blowing up right now. Tell us about your fascination with it…

I first heard K-pop in about 2006, around three years after I moved to London. My older sister came across this group on YouTube called Big Bang, and introduced me to them. She told me to listen to it with an open mind, as they weren’t singing in English. I absolutely loved it from the first moment. I was fascinated by the fact they weren’t singing in a language I knew, yet I still felt as if I could understand and relate to it.

So that means you probably knew about Psy a long time before the rest of the UK? [Laughs]

[Laughs] Yeah! It’s so bizarre seeing Psy’s success now and seeing it happen with “Gangnam Style”. I’ve been following him for a few years. He’s an incredible artist and writes amazing music. It’s pretty cool all he’s achieving now, and hopefully it opens the door and paves the way for more K-pop artists to follow.

You’ve had your own success in Korea, too. Can you tell us a bit about that and how you would describe your own music, which has a very K-pop sound?

I wrote a track called “Beautiful Stranger”. It’s a quirky song, typical to my style but we felt that we had stronger songs for the album. Thankfully, a girl group called F(X) liked it enough to want to record it, and it went on to become a number one hit in Korea. My sound is pop, but with many different elements. Growing up in Sierra Leone has been a big influence on my music, as the songs I was hearing put me in a ’90s head-space, musically. My music has ’90s synths, ’90s basslines, and I feel like the pop songs of the ’90s are how songs should be written: very well structured. My tracks so far have each been a variation of pop. “Ride Or Die” was pop with bashment, “City Lights” was more electronic-pop, and “Play The Game Boy” is more ’90s retro-pop.