2012 was a spectacular year for K-pop boy band INFINITE. The group embarked on their first tours in Korea and Japan, reached 160,000 members in their official fan club "Inspirit," and by the end of the year, Billboard.com was so impressed by the seven-member group and their latest single, "The Chaser," that it was chosen as the No. 1 K-Pop Song of 2012.

INFINITE's popularity is massively growing in both Korea and Japan, but their megastar status didn't come overnight. The group's 2010 debut effort "Come Back Again" was met with a lukewarm response and they remained relatively unknown until the release of their second EP. With a new concept and rekindled spirit to prove themselves, the group included a highly-technical "scorpion dance" on their dramatic single "BTD" (Before The Dawn) that soon drew more and more eyes to the rookie group.

In October 2011, the group propelled into super-stardom with breakout single, "Be Mine," a modernized '80s Euro-pop track with a catchy and heart-grabbing hook. The group's success has since grown exponentially.

INFINITE soon expanded their popularity to Japan drawing in a total of 74,000 fans to their recent arena tour. They continued their supremacy by releasing more hits to add to their catalog, including "Paradise" and "The Chaser" back in their home country.

Still all the success didn't stop the group from broadening their musical horizons: Leader Sunggyu released his first solo album, "Another Me," in November 2012, and Hoya and Dongwoo's created a sub-unit group, INFINITE-H, and released their "Fly High" mini-album this month. INFINITE-H's first single "Special Girl" is currently at No. 8 at on the K-Pop Hot 100.

With their audience increasing by the day, the boys welcomed 2013 by visiting Billboard Korea's studio for an exclusive interview to kick off Billboard.com's new K-pop column "K-Town."

Watch the video above to get a behind-the-scenes look at the photoshoot and interview plus INFINITE's thoughts on "The Chaser," information on their new album, American artists they'd like to collaborate with, and more!

"The Chaser" was selected as the No.1 K-pop song of 2012 by Billboard. What was your reaction when you first heard the news? What can you say about "The Chaser"?

We were absolutely blown away when we first heard about it through the news. One of the members said, "We are this year's No.1 on Billboard" and the rest of us thought it was a mean joke. We were more surprised because we've never been to the States and never sang an English-language song. We didn't know how to take it, but nonetheless we were very happy. We are incredibly honored! We are grateful that our song was the selected as the best K-pop song of 2012.

"The Chaser's" best quality is that it has almost no English lyrics. It is a song that best represents Korean sentiments. We think the song fits the flow of today's music trend where K-pop is becoming a worldwide sensation. We're not saying other songs are not Korean, but "The Chaser" emphasizes on Korean vibes as it incorporates Korean folk song lyrics like "Uh-gi-ya Di-yuh-rah-cha" along with "Eh eh eh" in the melody line.

Last year, INFINITE not only captured the attention of the masses with your music, but also with acts like embarking on a daring, one-day nationwide tour -- even mobilizing a helicopter for it! What is it like looking back at 2012?

Sungjong: Last year, we successfully concluded our tour both in Korea and Japan, which allowed us to experience so many different things. Meeting our fans in various cities made us realize how much more effort we have to put in for our upcoming shows, and we learned to always give our utmost best in anything that we do. We were really happy during our tour. We are extremely happy because of all the love we have been receiving.


What can you tell us about your sub-unit group INFINITE-H's latest project?

Hoya: INFINITE H derives from the words "INFINITE" and "hip-hop." Dongwoo and I became trainees at Woolim Entertainment on the same day, and we clicked right away because we both love hip-hop. Our sub-unit album was produced by Primary and features an extended bill of top hip-hop artists, including Bumkey, ZION T, Gaeko of Dynamic Duo and Baby Soul. Most of the songs are modern hip-hop and it is impossible to compare it with any other music. We are just doing what we like, which is making music. I like Chris Brown, Eminem and 2Pac. We want show some type of "healing" music that everyone can relate to -- a departure away from INFINITE's signature charisma and choreography-focused performances. We [INFINITE-H] debuted a lot earlier than we expected [Laughs]. We knew we would to do a group activity together, but didn't know when because we just assumed that our agency was uninterested!

Sunggyu, you made your solo debut in 2012 and worked with [labelmate indie rock band] Nell for the first time. Could you tell us about the experience?

I enjoyed working with Nell as I was able to try out new musical styles under their guidance.

Are there any other artists that you would want to work with other than Nell?

I've wanted to work with Nell for a long time and was extremely happy when they blessed me with a song. If I have another chance to release a solo project, I would like to work with [Korean rock] band Pia.

Any other genres you want to try out?

Since my album was rock-influenced, for my next project, I want to try R&B.

Javier, "In Your Hands" and Chris Brown's "Look At Me Now."

INFINITE, What part of United States do you want to visit the most?

Dongwoo: Everywhere! Manhattan, LA, Chicago and Washington to name a few! We had 2-3 opportunities to visit, but it all got cancelled last minute. We were very disappointed about that.

Woohyun: I want to visit Las Vegas and enjoy a beverage!

Hoya: I want to go to Hollywood and shoot a movie, and hopefully I can watch my own movie back at home in my neighborhood. [Laughs]

Sungjong: I would really like to go to Disneyland and go on the rides. I think it would be unforgettable.


Are there more plans for individual activities?

Band: Nothing is set in stone. We are going to concentrate solely on INFINITE's new album.

L: In the first half of this year, there is a possibility of me releasing something related to photography -- either a photo book or an exhibition. Four years ago, I taught myself how to use a DSLR camera and have been shooting whenever I can during our promotions, which I have kept throughout the years. Pictures are the only thing that lasts. I enjoy traveling and taking pictures.


What were some your most memorable performances?

Dongwoo: The most memorable performance for me was our last year's encore concert "Second Invasion-Evolution" at the Seoul Gymnastic Park. It was a heart-trembling experience to perform at a packed venue with a capacity of 10,000. We shed a lot of tears that day.

Woohyun: Our Japan arena tour is the most memorable one for me. I remember just giving it my all for each live performance.


You were virtually unknown until the release of "Be Mine" and "Paradise." What do you think made INFINITE get to where you guys are right now?

Dongwoo: We have this mentality to enjoy whatever we do, wherever we are at. And we can't disregard our music. Although "Come Back Again" is an old song, when you listen to it again, it's a song that has a firm structure with plush arrangements. We matured and were able to make a mark through singing and performing great songs.

Photos (I included the Billboard captions because they're corny) 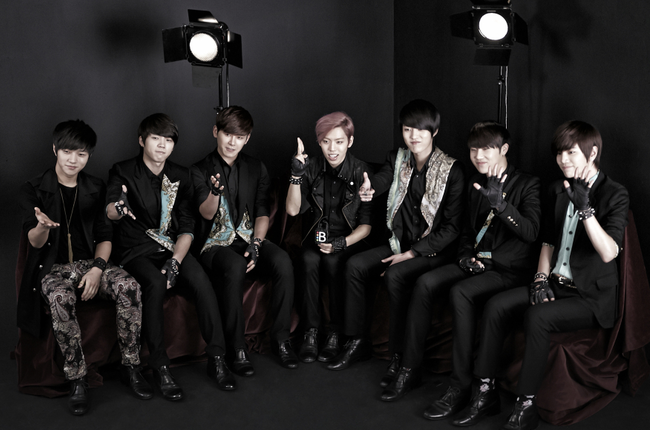 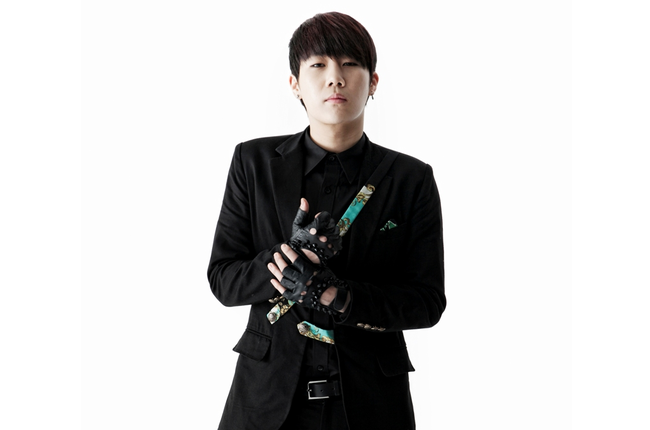 Witty leader Sunggyu, the oldest member at 23, has a wide vocal range that he showcases on his solo album "Another Me” 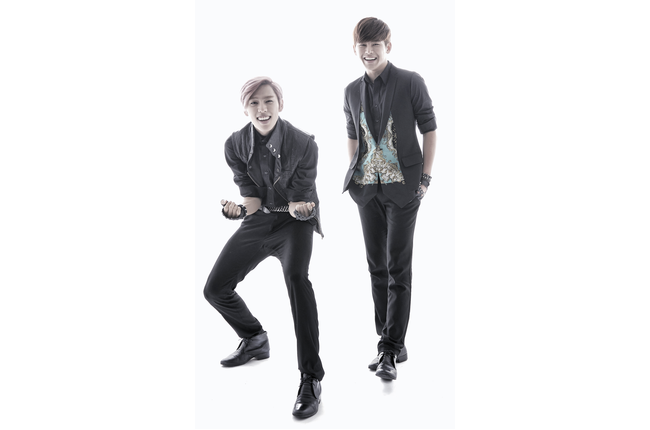 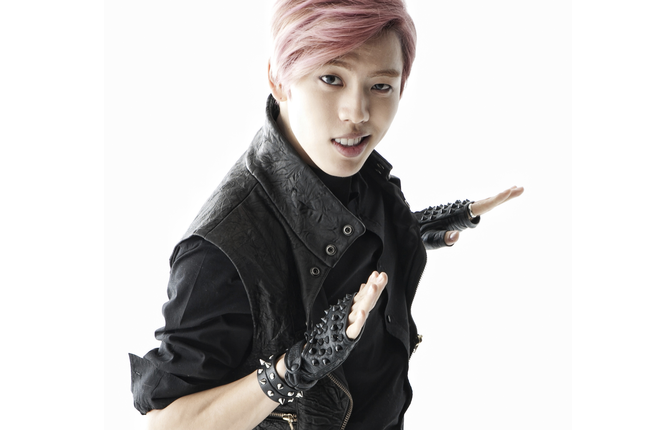 Dongwoo, 22, a rapper/vocalist and half of the INFINITE-H sub-unit with fellow member Hoya 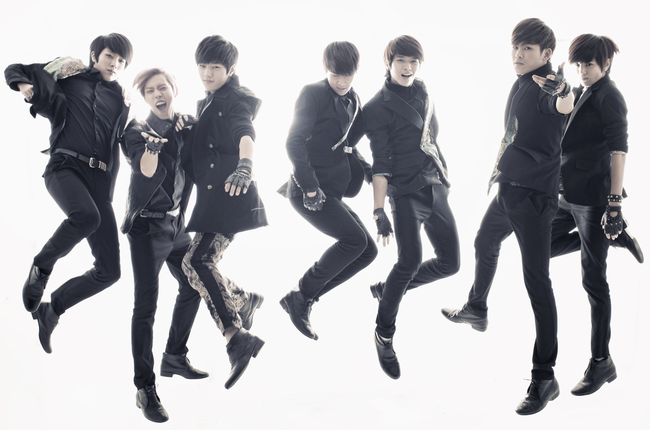 INFINITE's most recent single “The Chaser” was named Billboard.com’s No. 1 K-Pop Song of 2012 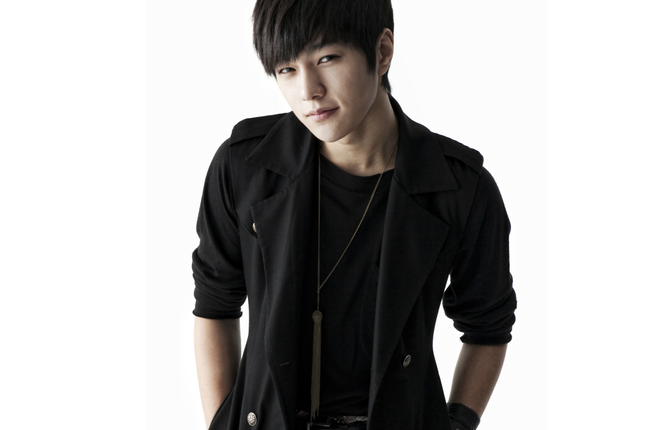 L, 20, a heartthrob known for his acting skills 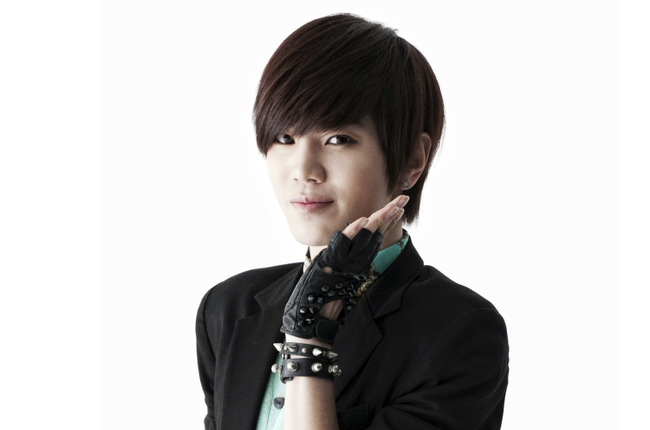 Sungjong, is the youngest member of the group (the “maknae" to K-pop fans) at 19 with baby boy good looks 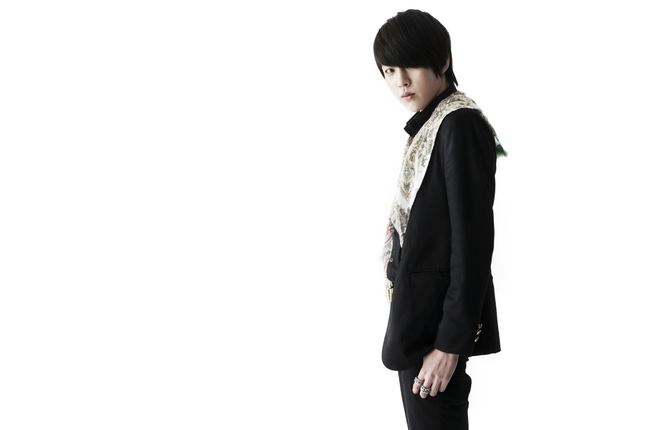 Sungyeol, 21, an actor as well as vocalist 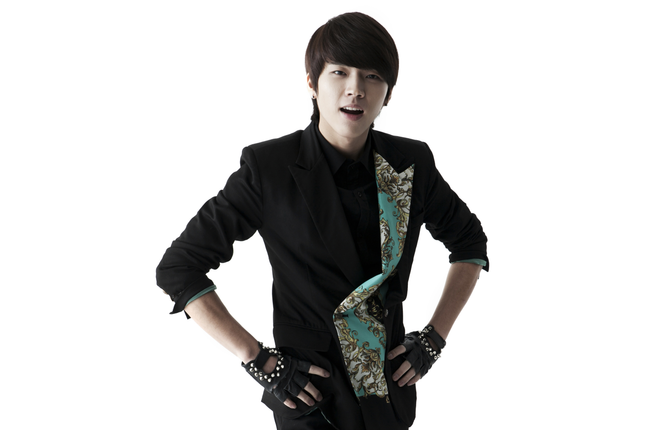 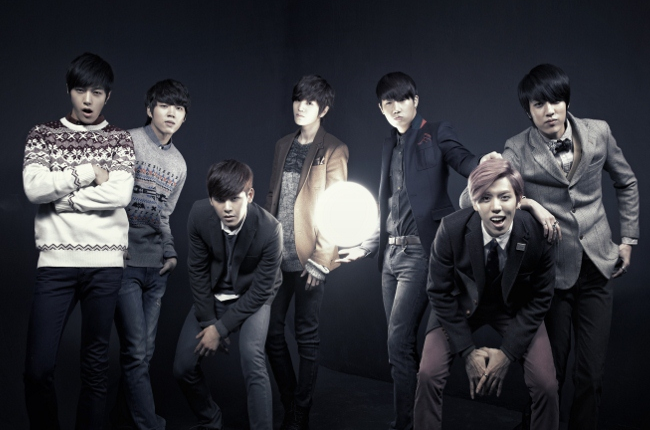 During the shoot, Hoya and Dongwoo were singing and popping out sporadic dance moves, but the whole group was all-smiles