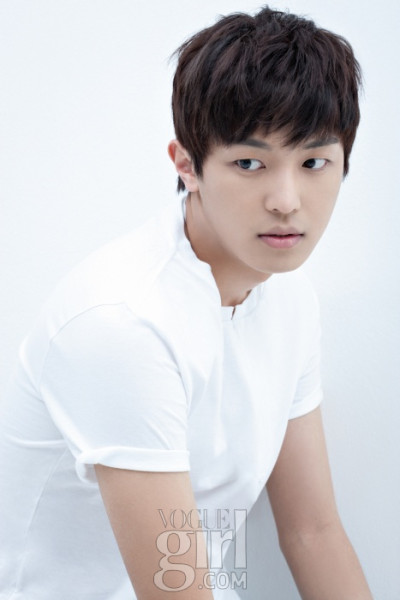 Yay, a new drama fo Yeon Woo-jin Arang and the Magistrate’s conflicted killer (or he may still be better known a Ojakkyo’s Maknae Oppa) will be joining the cast of the new MBC dram When A Man Loves s the second lead, completing the love triangle wit Song Seung-heon n Shin Se-kyung. It’s a reunion for him with the show’s director, who also di Arang.

This one will be a melodrama, about a gangster (Song Seung-heon) who falls in love with his mob boss’ girl. Uh, that sounds like a bad idea. The boss dies, so our hero starts to date her… and then falls for ye another irl. So basically he’s a criminal and a player? I don’t know which of the women Shin Se-kyung will play, but my guess is, the younger second girlfriend.

Yeon Woo-jin plays Song Seung-heon’s rival, a blunt and brash “young wolf,” who’s used to winning at everything. He’s sharp and confident, but more than feeding his ambition, his dream is to someday start a happy family. The two men will actually be fairly close (as friends or fellow gang members or something else, I don’t know). Their characters are similar in many ways and they start out on each other’s good sides, but the rivalry over Shin Se-kyung will eventually tear them apart.

Sounds dramatic, yo. It’s pretty much a return to the Song Seung-heon of yore, all bloody lip and heart of gold. I suppose given the experiment hodgepodge that wa Dr. Jin, it’s better to play it safer than not? Still, I’d pay someone to turn this into a rom-com.