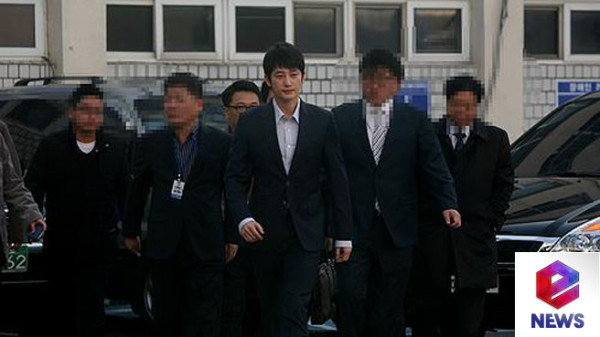 Park Si Hoo appeared before the police for the first time since he was first charged for rape 15 days ago.
The actor appeared at the Seobu Police Agency at 10 a.m. on March 1 (KST).

With a calm expression on his face, he told the press gathered in front of the agency that he is "sorry for causing so much concern."
On February 15, Park Si Hoo was sued for rape. The alleged victim, who is an aspiring celebrity, testified that she had a drink with him, and when she woke up, she had been raped.
Park Si Hoo said before walking inside, "I will make clear the truth behind the day′s events through this police investigation."
Park Si Hoo has been at odds with the police as he failed to answer two previous summons for questioning.