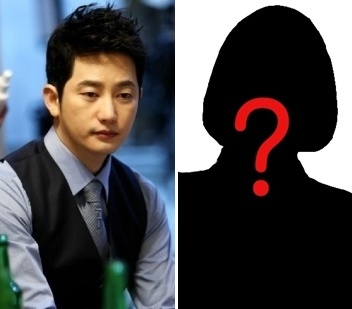 More text messages are surfacing against trainee ‘A’ in the Park Si Hoo sexual assault case.

Alleged texts previously revealed seemed to show that trainee ‘A’ was actually not sexually assaulted, and the police seem to have received more evidence in support of this. According to Joins MSN, the police obtained a KakaoTalk conversation between ‘A’ and her best friend ‘B’. In the conversation, ‘B’ stated to ‘A’, “Since this is a big thing, you should request 1 billion KRW (approximately $922,000 USD) from them. Use this chance to definitely get money from them or you can crush him.”

In reply, ‘A’ said, “I’m going to show off my best acting skills during the police investigation to make it seem like I’m the biggest victim.”

In a previous interview that ‘B’ had, she had commented that those texts were trying to comfort ‘A’. There had also been reports that Park Si Hoo had offered ‘A’ money, but ‘A’ had demanded more, and these texts seem to prove those previous claims.

Article: Another reversal for Park Shi Hoo? A "I'll show off my acting skills" text

3. [+178, -8] She needs to be given consequences for this. How can she consider herself a human being? She's taking someone's life up by the roots and shaking it around. I'm a woman myself but I truly believe that women like her need to be shown the worst side of the law ㅡㅡ She makes swears come out of my mouth.

1. [+397, -78] I think it's so easy in Korea for consenting adults to sleep together in motels only for the woman to turn around and turn the man into a fool just because she's pissed or whatever. It's like us all knowing for a fact that Dokdo belongs to Korea but the more Japan stubbornly claims it as theirs and pulls all sorts of disputes over it, other countries will view Korea as a thief ㅋㅋ Bi*ches like her need to have their vaginas sewed up and forced to wear electronic necklaces

2. [+391, -71] I guess there was a reason why Park Shi Hoo took his time. Seems like he prepared thoroughly for this. I hope that he gets judged innocent and files a counter lawsuit to reclaim his name.

Article: Park Shi Hoo Katalk, A "As long as we all had fun" a new turn in the scandal?

1. [+406, -12] To prevent things like this from happening again, the kkot-baem needs to have her face released on the internet and forced to wear an electronic anklet

2. [+386, -10] Release the personal information on the kkot-baem. She's as bad as a child sex offender. She's completely ruined the life of one man. Have her face shown to thousands so that no one else falls prey to her crimes.