Lee Jong Suk is a flirt? 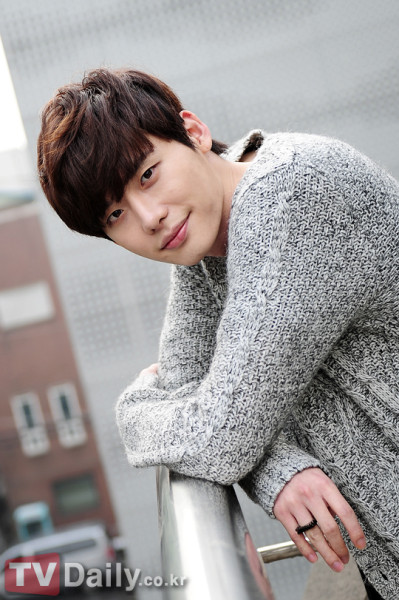 Two of the hottest actors at the moment, Lee Jong Suk and Joo Won, are apparently misunderstood “flirts.”

Lee Jong Suk and Kim Woo Bin shared how it was working with each other on the KBS 2TV drama ‘School 2013‘. The two co-stars also revealed their differences in taste when it comes to skinship.

Kim Woo Bin, who is close friends with Lee Jong Suk, shared, “Jong Suk has a lot of aegyo. Although I’m the type to have a lot of aegyo as well, I’m nothing compared to Jong Suk. Jong Suk is the first person I’ve seen who doesn’t act differently with male or female, young or old and naturally shows aegyo. He was born with it.”

Lee Jong Suk explained, “I grew up thinking that I was manly, but everyone kept saying that I had a lot of aegyo. That is why recently I admitted that I do have a lot of aegyo. I usually do a lot of skinship, so I like talking with people while holding their hands whether they’re a boy or a girl. If I’m with someone I’m comfortable with, I hug and pat them. Because of this, there are times when I get misunderstood. That is why Woo Bin told me that I’m a flirt. I realized that there are people who don’t like skinship. In Woo Bin’s case, he doesn’t like holding hands.”

Woo Bin suggested, “Meet up with Joo Won. He also has a lot of skinship and aegyo,” to which Lee Jong Suk responded, “So there is another person like me. It would be funny if I met up with him.”

Lee Jong Suk’s skinship with Kim Woo Bin both on and off screen was probably what led to their hilarious scandal.

Lee Jong Suk and Kim Jong Hyun (School 2013) are together in Cairns, Australia for Qtv's <Real Mate in Australia> 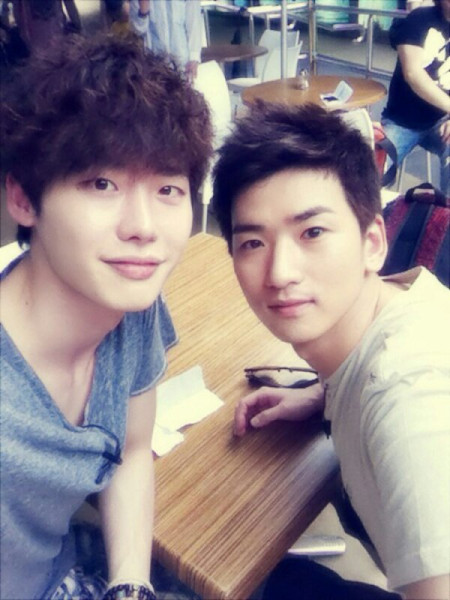 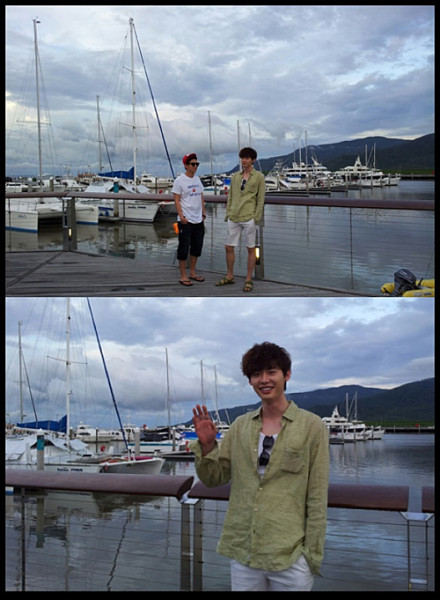