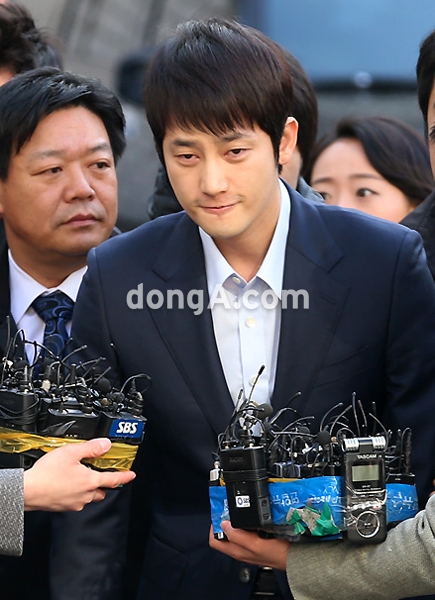 Pureme, Park's legal authority has submitted text messages and Kakaotalk contents as well as the call log between Park's junior actor Kim and accuser 'A' to the police as evidence. The Kakaotalk was revealed by the media.

The police requested Park Si-hoo's and 'A"s cell phone to be submitted. This was to find out the truth of 'forced intercourse'. 'A' submitted her cell phone on the 3rd but Park Si-hoo refused this with the reason being, 'protection of privacy'. Park's lawyers say, "We have submitted everything the police asked for and we can submit more in the future". About 'A' revealing her Kakaotalk contents to the media, "It was only a part of the whole text and it was to stop speculations about herself".

In the text revealed by Park Si-hoo are the contents of a conversation between 'A' and Kim. After 'A' reported Park Si-hoo of rape on the 15th around 8:37PM she continued to text Kim. She asked Kim to call her around 8:33 and 'A' also said, "I don't feel good still. I hope I'm not pregnant" around 11:57PM.