Article by Koreanindie to describe their music :

Savina & Drones were an amazing surprise when I was able to listen to the album. It is definitely not a standard type of music that I would expect from South Korea. It contains elements of jazz, acoustic, Latin, and possibly some Middle Eastern influence.

Gayo is also a long listen at fifteen songs. But as you listen through the songs, there is a definite theme. 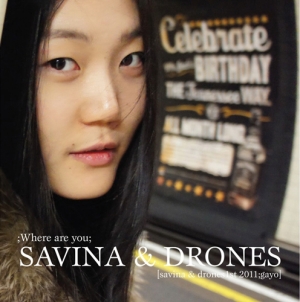 Those influences mix with the alternative sound that other songs thrive in. Expect some experimental sounds even with a standard time signature. The best part of the album is that it can feel like barely contained chaos.

Returning in later songs, Savina and Drones produce amazing indie songs. That is one of the best strengths of Gayo. The fifteen songs allow the band to create a lot of different songs with contrasting styles, but they keep a consistent theme within them.

I easily admit that Gayo is non-standard. It covers many different styles of songs and can be confusing. At the center of the release, it really shows the ability of artists and how they are not sitting in one genre.

Different sounds are one of the most impressive parts of Gayo and digesting the album is well worth it.