Lee Jong-suk, "I thought popularity dies after the drama" 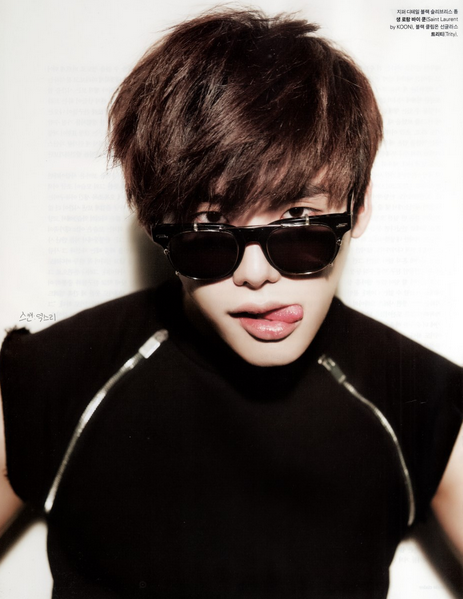 He's excited. Lee Jong-suk left a strong impression in the drama "School 2013" as Ko Nam-soon. He said, "Thank You" when he heard in was ranked first place but when he heard the rest (the star to be responsible for national domestic entertainment) he was just amazed.

"I thought popularity dies when the drama finishes" is why.

Lee was in the middle of an ad when Sports DongAh went to have an interview with him. This is his sixth ad. He said the fact that fans chose him as the star with the most possibilities and that the number of fans expanded so much to fill 800 seats at event was more surprising.

"I had many fans during the drama. I thought it would last while the drama went on. I noticed more people recognized me on the streets. I still feel that this is like a bubble about to bust although I trust the votes my fans have given me. My shoulders feel heavy".

The reason for his success is effort to quench his thirst for acting. He has looked back on himself endlessly after noting his demerits. He practiced over and over again and provoked himself by comparing himself with other actors and actresses.

"I like the word, 'actor' in front of my name. I was once just a model and an idol. I worked hard to be noticed as an actor".

"I dream to be one that's irreplaceable. When I am done with a drama, I want to be evaluated that this role wouldn't have been possible if it wasn't Lee Jong-suk. I am prepared for another flight. I should be in front of fans soon enough after "The Face Reader".