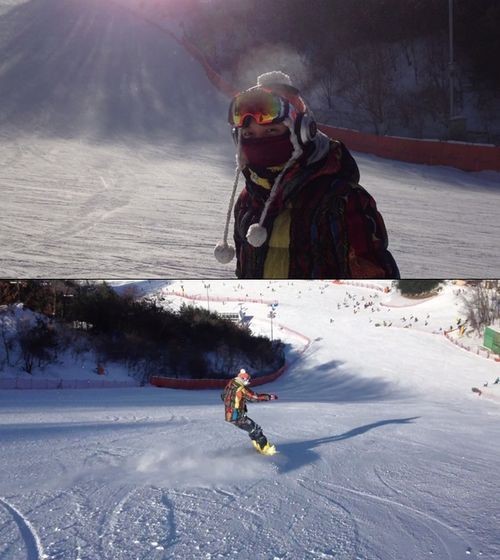 On the 29th, Jung Yong-hwa posted on the official CNBLUE online community page, "Hey, everyone. I've arrived safe in Japan. The weather's been so hot lately. I'm posting a video I took on a trip to a ski resort with my road manager who used to be a professional snowboarder. I hope you feel cooler after seeing the snow in the video. I'll come back after finishing my tour." He posted a video along the message.

In the video, Jung Yong-hwa is shown riding the snowboard in a ski resort. According to his agency FNC Entertainment, this video was taken in January at a ski resort in Hongcheon, Gangwondo.

Jung Yong-hwa had drawn attention previously with a photo of himself at a ski resort before the CNBLUE debut .

CNBLUE is currently on a Japan tour starting with concerts in Hokkaido on the 24th and 25th. They will be performing in Nagoya on the 29th and 30th, in Fukuoka on August 1st and 2nd, in Tokyo on the 6th and 7th and in Osaka on the 14th and 15th. On the 31st, they will be releasing their sixth Japanese single "Lady."