JYP's Male Trainees Post. Bring some lemonade people because the thirst will be strong here.

So by now you've probably seen the YG winner episode where JYP revealed his forthcoming Male Idol rookies. Well they were a hit and here at Omona the only thing we like more than dick, is new and shiny dick. So here's a profile post of said Trainees. Rejoice everybody.

94er
Grew up in Toronto, Canada

- Used to be part of 3rd Degree (a YT Music group)
- Can Play a guitar
- Not sure which Group he'll debut in. Possily the JYP Band her was part of in WIN.
- Pulls off spotted shirts

Brian Kang- Without You (original song)

Talented and seems like a cutie. JYP doing it right.

-Was in the HK Youth Team as a Fencer. He ranked 11th in the World Youth Fencing
-Winner of JYP auditions Hong Kong 2010
-Won silver (individual), gold (team) in 2010
-Won gold (individual, team) in 2011
Personality: Ambitious, Unruly but not a rebel, Wild but knows the limit
-The reason why he continues as a fencing athlete is because he wants to be the no. 1
-His goals: wants to excel in Asian Games and 2016 Olympics BUT he also said "whatever it comes"
-Dad is a former coach for hk national team for fencing + China's former fencing athlete
-Mum is China's former world champion for gymnastics , Represent China
-Older brother is a gymnast, representing HK
-Will most likely debut with JJ project's full group

A vid of him fencing:

Coming to slay your favs in a future Idol Olympics.

Can he really continue to fence and be a Kpop idol though??

And he already has an Intl Fan Tumblr. We all know who's gonna be popular.

Source: TheSun (trans by letsrewindit on OneHallyu, FIE, YPYOG, Jackson Wang FB (lots of pics of him in this link if you're interested)

Can't Take My Eyes Off You

94er
Rumored to be Vietnamese / Chinese
From Los Angeles, California 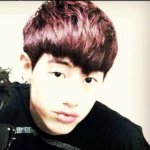 97er
Thailand
His real name is 'Kasidech Phuvakul'
- Rain’s Coming Dance Contest 2007 in Thailand (The Winner with his sister 'Baby')
- JYP's 2007 Audition in Thailand
- LG Entertainer 2010 contestant [ We Zaa Cool ] ( 1st Runner up )
- He was picked up by JYP when he was LG Entertainer contestant
His Ideal type is Taeyeon and his role models are Rain and Nichkhun.

-Will Possibly Debut in a JYP Band

Couldn't find anything on him.

I know nothing, not even his age.

-Will possibly debut in a JYP Band

Same Performance at a JYP showcase:

Looks like they'll be debuted in different groups, but vocally JYP has hit jackpot. And looks wise they're all pretty decent looking. So what do you think Omona? A few of the profiles are lacking but I'm sure the resident JYP warriors can maybe shine a light. JYP doing it right.