GD releases a limited edition LP, it sells out in a day 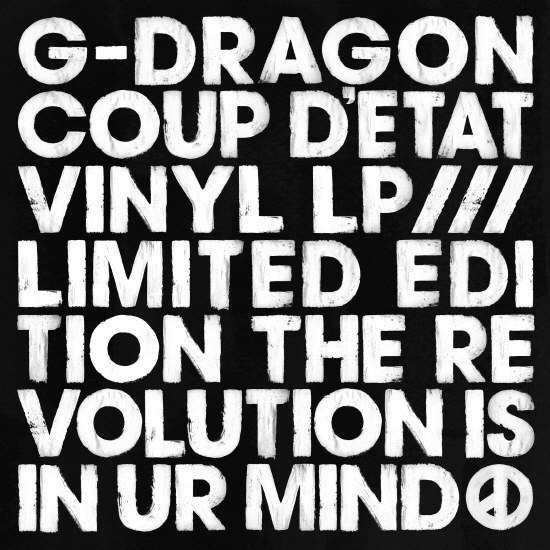 G-Dragon is on fire these days so it come as no surprise that the limited LP edition of his 2nd album 'Coup D'etat' sold out within one day since pre-orders began!

According to YG Entertainment, pre-orders began on September 30, and within a day, all the prepared copies reserved for pre-order had sold in Korea. Since G-Dragon's lucky number is 8, the Big Bang leader released 8,888 copies as limited edition, even numbering the 8,888 copies himself. The album package also includes the 'G-Dragon Space 8' image gallery and BTS cuts, so of course VIPs were just itching to get their hands on one!

The LP edition's official release date is on October 18.

I love vinyl so I was super pumped about this! Luckily I was able to pre-order it ^_^ Did anyone else buy it? What other K-Pop albums would you like to own on vinyl?