Heechul Reveals Conversation with Sulli on the Day Her Scandal Surfaced 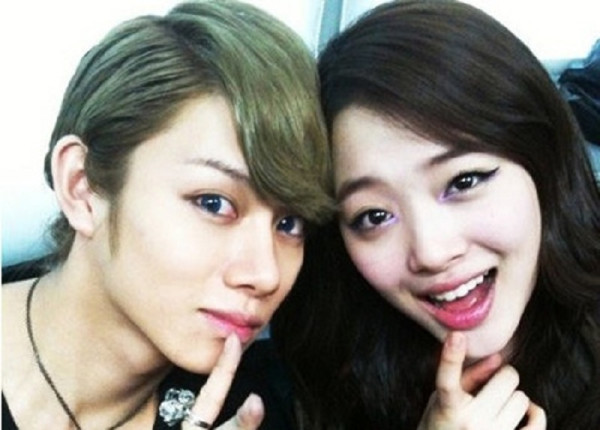 On October 3, Super Junior‘s Kim Heechul revealed that Sulli texted him on the day her scandal with Dynamic Duo‘s Choiza hit the news.

On the October 3 episode of JTBC’s “War of Words,” the cast members talked about one of the hottest topics of the entertainment industry to date: dating scandals.

Even before the discussion began, Kim Heechul joked, “I can’t do this,” since the others kept inquiring about Sulli.

Then he went on: “I was in Japan when I got forty missed calls and a message from Sulli. She sent me a crying emoticon. I responded to her, ‘Don’t tell me anything more. I am recording “War of Words” on Monday and I know for sure that they will want to talk about you.’”

Heechul knew that if Sulli told him more details, he wouldn’t be able to talk about it on broadcast, which would make him in a position to lie to viewers.

Heechul then talked about how SM Entertainment handled the news. “Honestly, my company is very good at handling dating rumors. Usually, they chose not to comment or respond but it is true that this time, they were pretty shaken up.”

When the other cast members asked what Heechul would do if Sulli and Choiza were really dating, he answered, “If it’s true that they’re dating, it’s something to congratulate them. They are both adults. SM and Lee Soo Man are very generous when it comes to dating.” 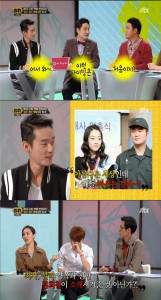 Article: Kim Heechul mentions Choiza and Sulli's dating scandal "I'd congratulate them if they are dating"

2. [+437, -50] It's great for celebrities to date and all but please just acknowledge it when you get caught

5. [+8, -1] SM wasn't even shaken up during the IU picture controversy... For them to be shaken up over this means that it must be true that they're dating... But then again, there's just too much evidence proving it is, especially with all the pictures and blackbox videos.

1. [+4,196, -128] I really question idols who treat their fans like nothing when they're the reason they exist... Especially Goo Hara's attitude on TV... Thought she was a top star with the way she was acting.

3. [+980, -33] Seeing as how he tried to beat around the bush about Sulli's scandal, they must be really dating. If it was just an unfounded rumor, Kim Heechul would've been loud and up front about it being fake since that's his personality.

Article: Kim Heechul "Dating scandals for idols are directly connected to their incomes"

"I know an idol junior who was in a scandal. Ever since his scandal, fan merchandise sales decreased dramatically. The popularity of celebrities are directly connected to their incomes. The scariest thing for an idol is their fans turning against them."

2. [+85, -10] The damage is less for female idols because male fans don't care that much. The problem is male idols. Look at L ㅋㅋ INFINITE is pretty much over in Korea because of him

3. [+20, -2] It's because fans don't treat their celebrities like celebrities but rather boyfriends.. and they feel betrayed when they start dating someone else ㅋㅋ