allkpop gets the hope of innocent exo fans up w/o actual proof. 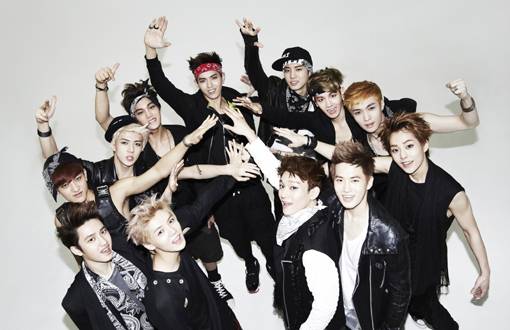 Is there a new release ahead? An album even?
Allkpop thinks so but it seems like SM slightly disagrees.

A report has surfaced revealing that EXO is planning to return in November with a new album.

Having released their first album 'XOXO' and returned with a repackaged album including hit song "Growl" so far this year, EXO have established themselves as a group to watch out for as they continue to achieve feat after feat.


Apart from the 'Asia Song Festival' and '2013 Changwon K-pop World Festival,' the boys currently do not have many other broadcasts and events going on; hence, they are apparently absorbed in working on their new recordings during this time.

Considering that their first album 'XOXO' as well as its repackaged album sold a total of about 737,000 copies by the end of August, if the boys do release a new album next month, their total sale mark for all their 2013 releases is expected to surpass the 1 million copies milestone.

The boys are also expected to walk away with many awards with the end of the year ceremonies coming up.

Stay tuned for more details about this reported album release coming up!

With articles surfacing today reporting that EXO is getting ready for a new album release next month, domestic as well as international fans have been buzzing and getting their wallets ready. However, SM Entertainment calmed fans down a bit by revealing that it's not yet confirmed and the comeback date is still up in the air.

When contacted for a response about EXO's comeback news, a rep from the agency responded, "It hasn't been decided yet... EXO's comeback time period is still not confirmed." Another rep added, "We haven't confirmed an exact date yet."

Seeing that as the agency has not completely denied the news, some fans still remain hopeful about seeing a return from the boys before the end of this year, while others believe the agency could mean they're looking to set a date further off in the future.