SHINee Jonghyun Doing His Bit For The Public Good 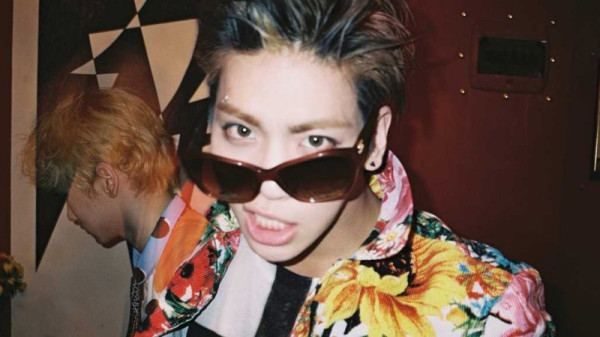 On October 11, the Ministry of Science, ICT And Future Planning announced a new law that will see old style wireless home phones being banned starting from January 2014 with fines for continued usage of approximately USD$1866. The news has caused some concern amongst the public and SHINee’s Jonghyun also lashed out at the new law on his Twitter account.

Following the announcement, SHINee’s Jonghyun went on his Twitter to express his anger towards the new law. He starts off by saying “They say you can’t use wireless phones starting from January next year. They say even picking up a call with a phone will result in a $1866 fine. I’m flabbergasted. They say that this is an issue because it clashes with the LTE Spectrum or so they say. They say that there are still 100,000 people that use these phones. I hope no one gets fined because they were unaware of this.” 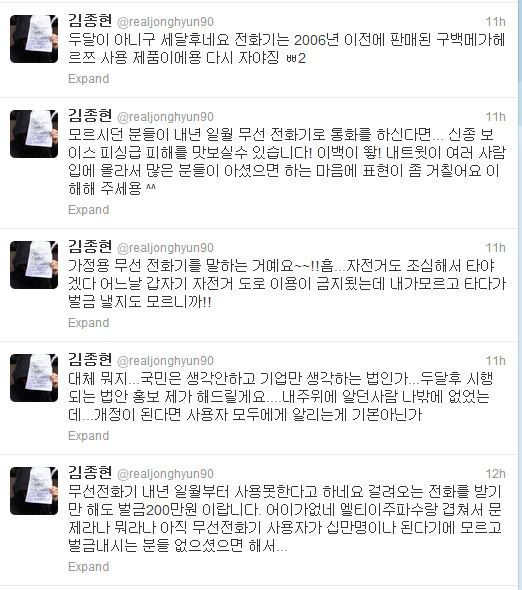 SHINee’s Jonghyun however becomes a bit more heated in his next tweet where he begins to state “What is this…Is this a law that doesn’t think about the people and just thinks about the companies… I’ll inform people about this law that comes into effect in 2 months time… Amongst the people I know, I was the only one that knew about this. If the law is being changed then isn’t it customary to let all the users know.”

He continues on in his next tweet, “I was talking about wireless phones used at home~! Hmm… looks like we have to be careful about riding bikes as well, the bike-only roads might suddenly become illegal to use one day and I could end up getting fined without knowing!”

SHINee’s Jonghyun continued to express his displeasure, “If people that didn’t know about this used their wireless phones next January… You’ll be seeing losses as great as if you fell for a new type of voice phishing scam. $1866! I’m expressing myself a bit aggressively in the hopes that lots of people talk about my tweets and find out about this. Please understand ^^.”

The new law will see the use of older style wireless home phones using the 900Mhz radio spectrum banned due to the spectrum potentially causing interference with KT’s 900MHz LTE-A radio spectrum. This new law will primarily affect users using wireless phones produced before 2006 with more recent phones running on the 2.4GHz and 1.7GHz spectrum being unaffected by the change.

What do you think about Jonghyun’s method of conveying his public service announcement?