NH Media Expands On Details Regarding Dongho's Reason To Leave

After previously announcing the unfortunate news that Dongho will be leaving U-KISS, NH Media is offering a bit more insight as they expand on Dongho's reason for leave. 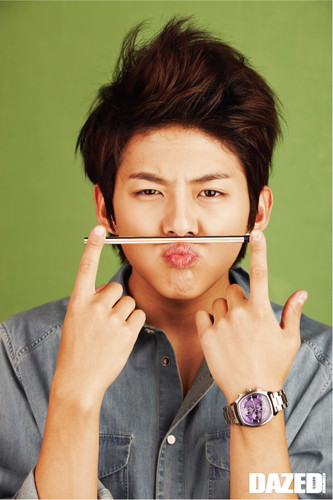 NH Media stated, "[Dongho's departure] was not due to a discord [with the group or the agency]. It is something that Dongho considered for a long time... Since a long time ago, Dongho didn't think the celebrity life was right for him and has discussed this multiple times, so we have been thinking about a future course of action for a long time... [Dongho] initially took a break from his activities, but he officially decided to leave the group on the 16th."

According to NH Media, Dongho halted his activities following his group's Tokyo concert on August 30. But even after the break, his wish to leave the entertainment industry still hadn't changed, so the agency allowed him to leave after considering his wish and the fact that his physical condition seemed to be taking a toll, even despite the fact that Dongho still had 3 years left under the contract.

As it is a very rare occurrence that an agency will allow an artist to leave before the contract's expiration, the agency was asked to explain. A rep said, "We decided to follow his wishes. As much as he expressed his wish not to live as a celebrity anymore, it seems like [Dongho] will not only stop his activities as a singer but in other fields as well. It seems he will start having to think about what he will do from now on."

Although Dongho's departure is a definite setback, U-KISS plan to make their comeback later this month as scheduled