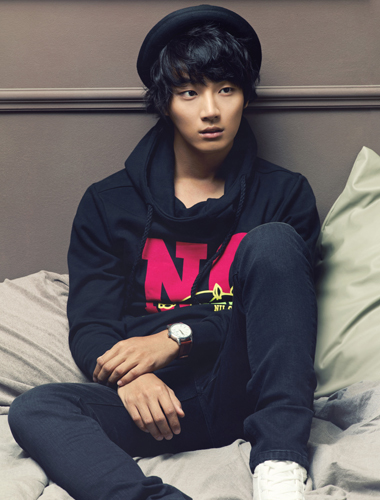 According to KBS official from the drama department, Yoon Si Yoon and Chae Jung Ahn were cast in the drama and has also attended the script rehearsal with the other actors/actresses and crews held earlier today at KBS Annex Building located in Yeouido, Seoul. “Both of them returning after a long absence in acting  is a good thing”, he said.
“Prime Minister and I” is a romantic comedy picturing the love story of a Prime Minister Kwon Yool (to be played by Lee Bum Soo) who has 100 points requisite qualities in his work but 0 points in giving care, love, and guidance to his 3 kids. He then meet a young female reporter Nam Ja Dung (Im Yoona) who entered into his family like a Christmas gift and will soon becomes  a mother to his kids.

Actor Yoon Si Yoon takes the role of Kang In Ho who was the most elite official in the Prime Minister’s office and turns out to be Nam Ja Dung’s first love. Yoon Si Yoon will make his comeback in small screen after his appearance in tvN series “Flower Boy Next Door” which wrapped up production in February. This will also mark his return in KBS after 3 years since 2010′s successful drama “The Baker King”.

Chae Jung Ahn plays parliamentary aide Seo Hye-Joo who has both beauty and competency. The Prime Minister was her counselor during her junior days in a university. Her character is expected to form a love triangle with Lee Bum Soo and Yoona. Actress Chae Jung Ahn and PD Lee So Yeon who will take the directing for this upcoming drama, already met each other through KBS2 1-act Drama Special “Your Noir”.

On the other hand, actor Lee Min Ho (1993) is also cast and takes the role of clever and handsome reporter Park Hee Chul who has winning looks and style and always first in getting latest scoops.

“Prime Minister and I” will start full-scale production at the end of this month after finalizing its cast. It is expected to begin airing in December subsequent to “Marry Him If You Dare”.

Screenplay for the series will be written by Kim Eun Hee and Yoon Eun Kyung who teamed-up in several past drama such as “Take Care of The Young Lady”, “When It’s At Night”, “The Snow Queen”, “Sweet 18″ and “Winter Sonata”.
Source: Dramabucks