YG being an ass to his own artists: The Winner Ver. 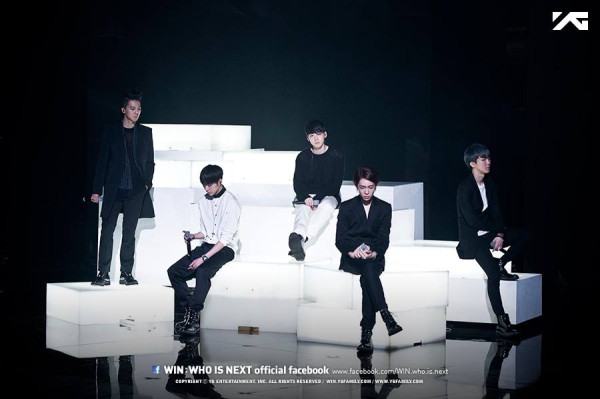 [TV리포트=김가영 기자] The grand battles of 10 week came to an end. There were no unexpected twists. Team A, who seized victory twice in the first two battles, once again beat Team B, marking the finale of the long journey. Immediately after the wrap-up of the survival program, Team A kick-starts their preparation to make a debut as WINNER. And then there remains Team B.

The final episode of ‘WHO IS NEXT: WIN’ aired on Oct 25 through Mnet captured the very last survival battle that determined the fate of Teams A and B. The two Teams unleashed all their potential and talents they polished in the last 10 weeks. They were up against each other in the category of remaking a song, dance and self-composed song.

The first round of battle was about showcasing remade song. The mission given to the Teams was remaking YG’s experienced artist Teddy’s song. Team A said, “This is the last song so we are going to take into account what the public would like.” In the process of remaking a song, Team A garnered much popularity from the audience by focusing more on the melody and the stage contents rather than the lyrics.

Team B, on the other hand, designed their concept with the aim to “embrace the stories” of each one of them. Their plan revolved around their personal stories, including the stage structure. Team A focused on the trees, while Team B paid attention to the entire forest. YG’s professional artists who were present at the battle to cheer them on showed great interest in Team B’s unique theme.

The following round of battle of dance was an opportunity to maximize Team B’s charms. Team A’s performance was about tranquility, while Team B’s was powerful and mighty. The members of Team B were like fishes in the sea, unleashing their full talents with no inhibitions. Despite their young age, the members left the female audience awe-struck with their masculine spell. 2NE1’s MINZY commented, “They stole my heart. They are like the Black Hole.”

The final round of the battle was self-composed song session. Team B had a traumatic experience with self-composing. This was the only section that Team B scored lower than Team A. Moreover, the team showed a hint of fragmentation in their teamwork while preparing for self-composed song battle, which was rare for the closely tied members.

Team B’s Kim Jin Hwan said, “We lost the self-composed song section so this time we have win this one”, but added, “I was reminded of the nightmare of the previous battle.” While deciding the theme of the battle, Bobby suggested the song should hold their “personal stories.”

Team B created a genuine performance, which drew on the experiences of their training period including their personal stories. The best part was B.I. He sang like he was confessing a story of his mother, showcasing an honest and touching story through the song.

2NE1’s CL commented, “I was deeply touched. It reminded me of us when we were training.” Yang Hyun Suk, the founder of YG Entertainment, praised the team by saying, “Team B’s song made my tears well up. It’s because they hold their stories. This was perfectly suited for the final battle. I think I’ll enjoy listening to this from now on.”

In the 2-hour performance, Team B showcased honesty, masculine charm, passion and teamwork. The audience, YG’s professional artists, their competitor Team A and even Yang Hyun Suk was touched by their work and were deeply impressed.

Team A’s leader Kang Seung Yoon commented, “Team B did an excellent work,” but Team A was called as the final winner. The members were lost in mingled feelings of joy and disappointment.

Kang Seung Yoon said, “I personally think that Team B did much better.” Team B’s leader B.I. accepted the result and commented, “There are no regrets, which makes me happy, and I am deeply grateful. Right this moment everyone is WINNER.”

Team B marked the finale with their tears. Those tears seemed to connote many things. The final winning team, Team A, won the chance to make a debut under the group name WINNER. Then what is left for Team B?

Team A drew much attention from the beginning with the already well-known Kang Seung Yoon and Lee Seung Hoon in the group. In comparison, Team B was less known because the members consisted of new faces. However, each episode was a foothold for Team B to leave stronger impression, and they began securing a broad range of fans.

Although making a debut as WINNER is no longer happening for them, Team B did more than enough to reveal their talents and potential. Artists from YG and a large number of fans tried to convince Yang Hyun Suk to allow both teams to make a debut, but he stayed firm. However, his eyes showed a hint of doubt about his decision.

Now with the final battle over, Team B and his fans are keenly awaiting for Yang’s decision.

Basically YG is trying to say that even tho B was "more deserving", A "The lacking team" won just because LSH&KSY
Way to shoot your new Artist in the foot YG

Screw you YG!(With love from Winner) 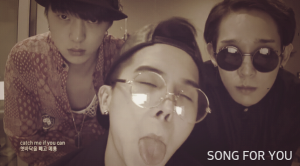