Dancer of the Night ( 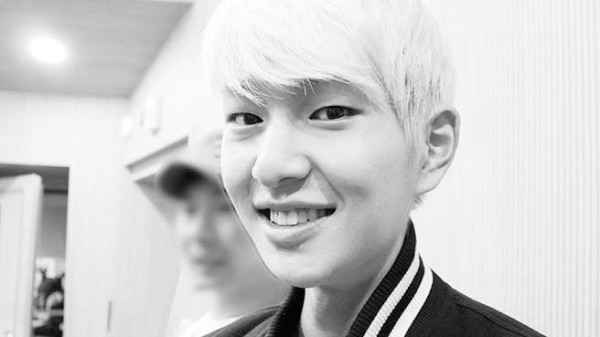 In the middle of promotions for their latest album and title track "Everybody", SHINee's leader Onew recently suffered a neck injury. Due to this, several adjustments will be made to SHINee's activities this season to accommodate Onew's injury.

Onew attained the injury due to extreme dance routines for "Everybody". SM Entertainment said, "There are a lot of moves where you have to swing your arms around, and it seems that it has become too strenuous for his neck. However, it's not a serious injury."

As to Onew's participation during performances, SM Entertainment assured fans that Onew will still appear on stage in upcoming shows. "Onew injured his neck, making it difficult for him to participate in his group's performances for the time being. In the upcoming stages, he will only take part in singing and a new performance will be shown for 'Everybody'."

Although Onew still has difficulties moving his neck, he still carried on with his original schedule, which included an appearance in a music program and the October 29 episode of "The Show". Starting with the October 30 broadcast of "Show Champion", SHINee will stage a different dance routine for "Everybody", and Shawols will see Onew mainly doing majority of the singing parts for the performance.


Many speculated that Onew was wearing a cervial collar around his neck...which apparently it was.