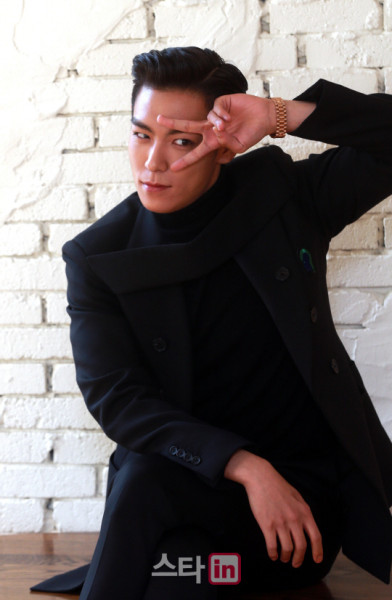 With a second solo single coming up, Big Bang’s T.O.P talked about the concept of his new song.

On October 30, T.O.P briefly talked about the concept of his new song during an interview for his movie, The Commitment, at the West 19th in Samcheong-dong.

On the new song, he said, “I wanted the explanation for music to be refreshing. I think it’s very strange, yet very humorous. It’s kind of a combative concept, but I think it will be fun.”

T.O.P shared that he participated in the music video as well.

“Because the music I created is my interpretation of the song, I also gave ideas while making and participated in the directing of the music video,” said T.O.P. “The music video filming is already completed.”

“I’m not entirely sure exactly when my album will be out, but it’ll be released in November,” said T.O.P. “There’s a chance that I’ll be promoting side by side with Taeyang.”

Meanwhile, T.O.P is awaiting the premiere of his movie, The Commitment, which will be released on November 6. T.O.P is acting as Rie Myung Hoon, a North Korean teenager, who is forced to work as a spy to save his only sister.