SEUNGRI to appear in his first Korean drama 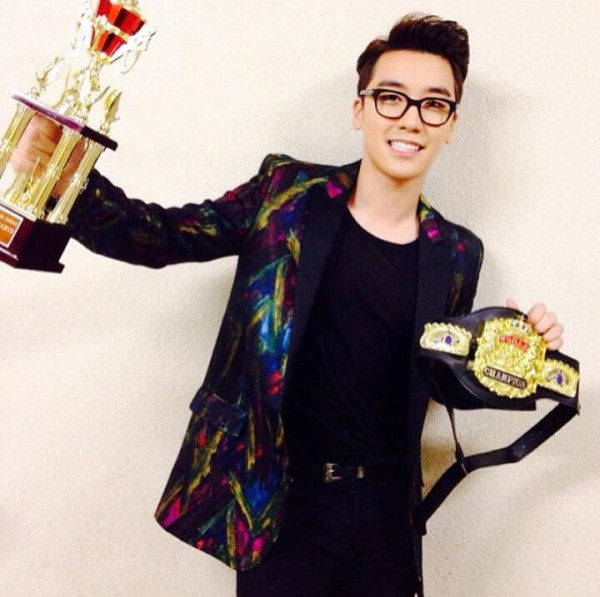 [일간스포츠 김진석] BIGBANG’s SEUNGRI, aged 24, is to make his first appearance in a South Korean drama.

SEUNGRI confirmed that he will partake in SBS’s new weekend drama “Angel Eyes” (working title) that is to be aired in April.

Related personnel said, “On Feb 27 SEUNGRI participated in the first script reading, working together with other actors like KU HYE SUN, LEE SANG YOON and KANG HA NEUL. They ended the reading on a very good note.”

He plays a character named Teddy Seo who is a paramedic. A Korean-American who returns to South Korea to become a paramedic and raised by a grandmother from a region that speaks a particular dialect in Korea, he is teased when he speaks Texan English mixed with the dialect. He creates problems by crossing over the line, while also showing an unusual attachment to elderlies with dementia living by themselves.

This is the first Korean drama for SEUNGRI. Since making a debut as BIGBANG in 2006, his career revolved around BIGBANG and his solo. Last year he stood shoulder to shoulder with top Asian idols by playing a role of Kim Yong Dong, a character accused of murder in Japanese NTV Special Drama “Kindaichi Case Files.” The drama was aired in South Korea last October on SBS Plus.

“Angel Eyes” is a love story between a couple that separated due to heart-aching family history, reuniting after 12 years.  It is a work of producer Choi Mun Suk who directed “Only You” and “Will It Snow for Christmas?” and the scriptwriter Yoon Ji Ryun who wrote “Boys Over Flowers” and “Prose Plan”, which will be aired in April as a follow-up of “The Woman Who Married Three Times.”

So happy for my baby Seungri!! hope this is the start for his serious acting career in korea