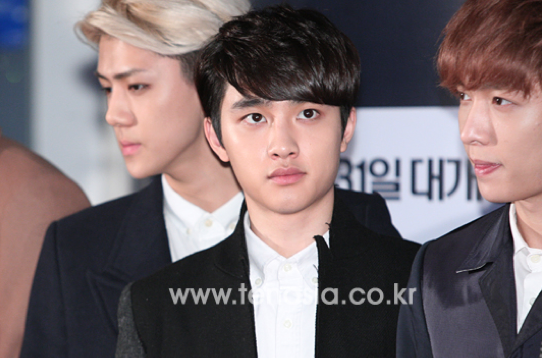 'It's Alright, It's Love' (scripted by: Ro Heekyung/directed by: Kim Gyutae/produced by: GT Ent.,CJ E&M) is a drama made by writer Ro Heekyung and director Kim Gyutae who previously made the hit drama film, 'That Winter, The Wind Blows', which is about the emotions of normal civilians' need and desires of life and love but are forced to suppress their true feelings. This romantic mental clinic drama is already one of the most expected dramas of this summer and is already gaining the attention of many people.

In this production, D.O is casted as the role of “Han Kangwoo”, who is a high schooler with a big dream to become a bestseller writer in order to make his mother happy. He has a mysterious characteristic and as his character builds up throughout the drama, he is to become and important key point and is expected to catch the eyes of the audience.

Since after especially, D.O is already casted in the movie ‘Cart’ that is planned to première later this year followed with the drama, ‘It’s Alright, It’s Love’, giving a sneak peak towards his future promotions through the Brown Theaters and home screen, hoping to show a side of him that is not only a singer, but as an actor too.

The drama ‘It’s Alright, It’s Love’ that D.O is casted into is scheduled to start airing the following July through SBS.”

OMG Kyungsoo is racking up them acting roles, who would've thought????