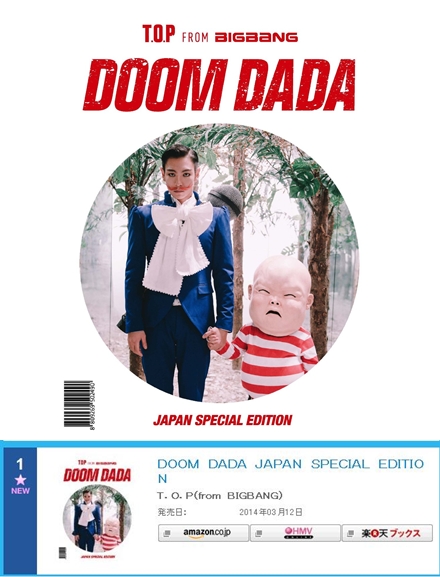 According to Oricon chart on March 12, T.O.P’s special edition DVD Doom Dada ranked number one on Oricon’s daily DVD chart on the day of its release.

The DVD contains music videos for Doom Dada and Turn It Up as well as the live performance video forDoom Dada from Tokyo Dome. The DVD also includes the making video for Doom Dada music video, which has never been released before.


Meanwhile, Big Bang’s Taeyang’s Japanese solo album, which was originally planned for release on the same day as T.O.P’s DVD, has been postponed to be released on May 28.