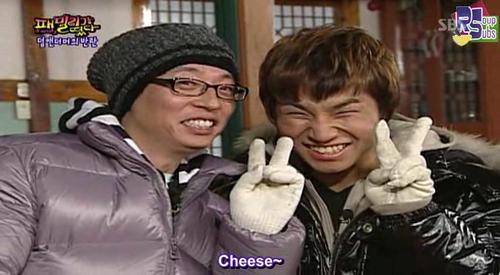 On March 14, reports that YG Entertainment was scouting MC Yoo Jae Suk began to spread, and the entertainment agency gave an official statement in response.
According to some reports, YG’s head Yang Hyun Suk met with Yoo Jae Suk for the purpose of scouting him into their agency.

However, a representative of Yoo Jae Suk denies such happenings. He said, “There was no such meeting between Yang Hyun Suk and Yoo Jae Suk.”

YG Entertainment also denied that there was a meeting, saying, “That is not true. We did not meet with Yoo Jae Suk. There is no truth to these reports.” The YG rep also added that he did not know how these rumors came to be.

A rumor like this may be unsurprising considering that YG Entertainment has been recently taking strategic steps to increase their influence in the entertainment industry. The company has taken in veteran actors, such as Choi Ji Woo and Cha Seung Won, to go beyond a music entertainment agency and become a “multi-entertainment” agency. YG has also recently signed an investment contract with one of Korea’s top modeling agency, K Plus.

I am hoping with all my heart that there is some truth to these rumors. Finally my OTP dumb and dumber could be reunited~