Jaejoong Returns to Dramas with "Triangle" 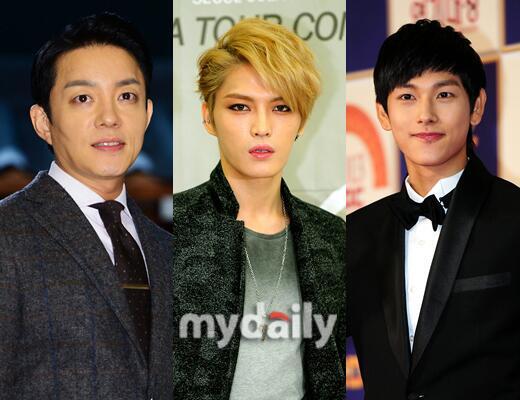 Returning to the Drama World, JYJ's Kim Jaejoong has confirmed that he will be appearing in MBC's new drama, Triangle.

C-JeS Entertainment stated in a press release on March 18, “Kim Jae Joong has been confirmed forTriangle. We’re very happy to be able to work with the best staff in a great production, and we will do our best in this drama to show his 3-dimensional charms as an actor.”

Kim Jae Joong will be playing the character, Jang Dong Chul, the second brother of three siblings who end up splitting after their parents’ deaths. They later meet twenty something years later, not knowing they are brothers.

The drama will begin in May.

Plot and Character Summary
Jang Dong Soo (Lee Bum Soo), Jang Dong Chul (Kim Jaejoong) and Jang Dong Jun (Im Si Wan) are three brothers who got separated when they were young after their family falls apart. Lee Beom-soo's character grows up to become a cop, Kim Jaejoong's character becomes a gangster, and Im Si-wan's character who is the youngest of the three

Jang Dong Soo, the eldest brother grew up to be a policeman following the footsteps of his father and his greatest hope is to have a reunion with his brothers whom had been separated but only to re-encounter them again in the most unexpected twist of fate.

Jang Dong Chul, the middle brother became a gangster who had grew up on the street surviving using his fists and wits to climb up the top of the crime syndicate. He tries to hide his real identity from his elder brother, Dong Soo but ends up in a dangerous situation which involves Dong Jun as well.

Jang Dong Jun, the youngest brother became Yoon Yang Ha, a cold and harden man who grew believing the world revolves around money after he gets adopted to the rich Yoon family without any memories of his own real family. His cold heart began to change when he encounters an orphan girl who changes the way he sees the world.

Park Jin Hee is a profiler who came back to Korea after spending years studying overseas, she clashes with Dong Soo who works in the same police station due to their different approaches towards crime solving and as they gain mutual respects for each other as work partners, they find themselves in a conflict again when they find out that the criminal that they have to go after is Dong Soo's younger brother "Dong Chul".
Credit: enewsworld
Shared by: PrinceJJ