[스타뉴스 이지현 기자] 2NE1 (DARA, CL, MINZY AND BOM) released a photo they took with You Hee-yeol, which was mark their appearance in his show “You Hee-yeol’s Sketchbook” at KBS 2TV channel.

DARA wrote in her Twitter on Mar. 19 that she really likes the program, as there are good music and frank talks in the show.

She also added with a picture, “We did something ‘sorry’ for Hee-yeol. If you wanna know what happened, find out on Friday at ‘You Hee-yeol’s Sketchbook.’” 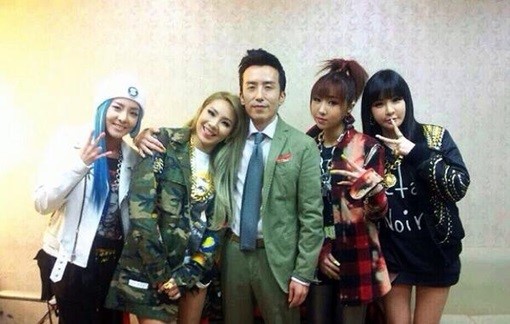 The photo shows how friendly the members and You Hee-yeol are. CL had laid her head on You Hee-yeol’s shoulder, which was eye-catching.

Recently, 2NE1 made a comeback with their regular second album, “CRUSH.” 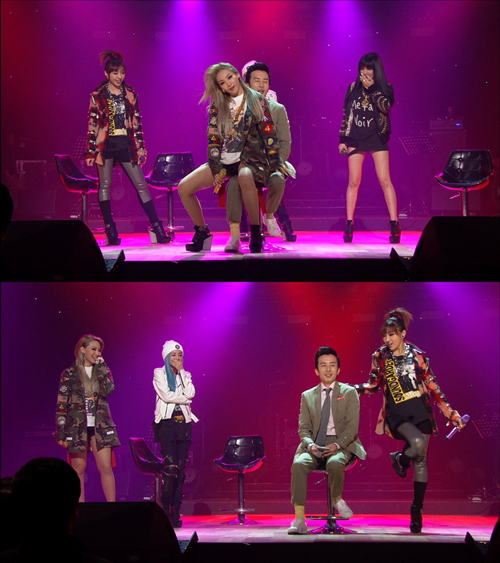 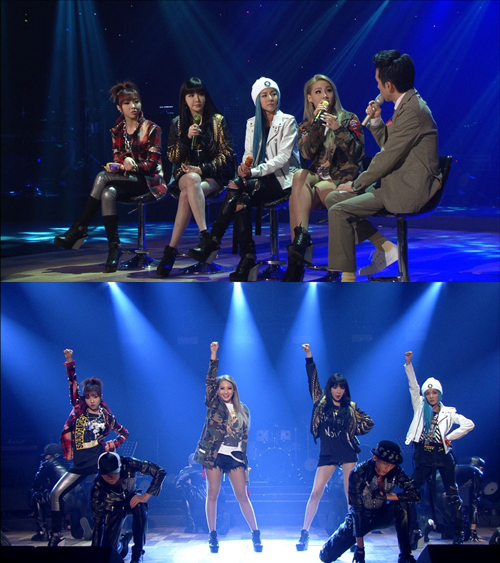 I don't see how you guys wronged him Dara the guy looks way too happy in here.