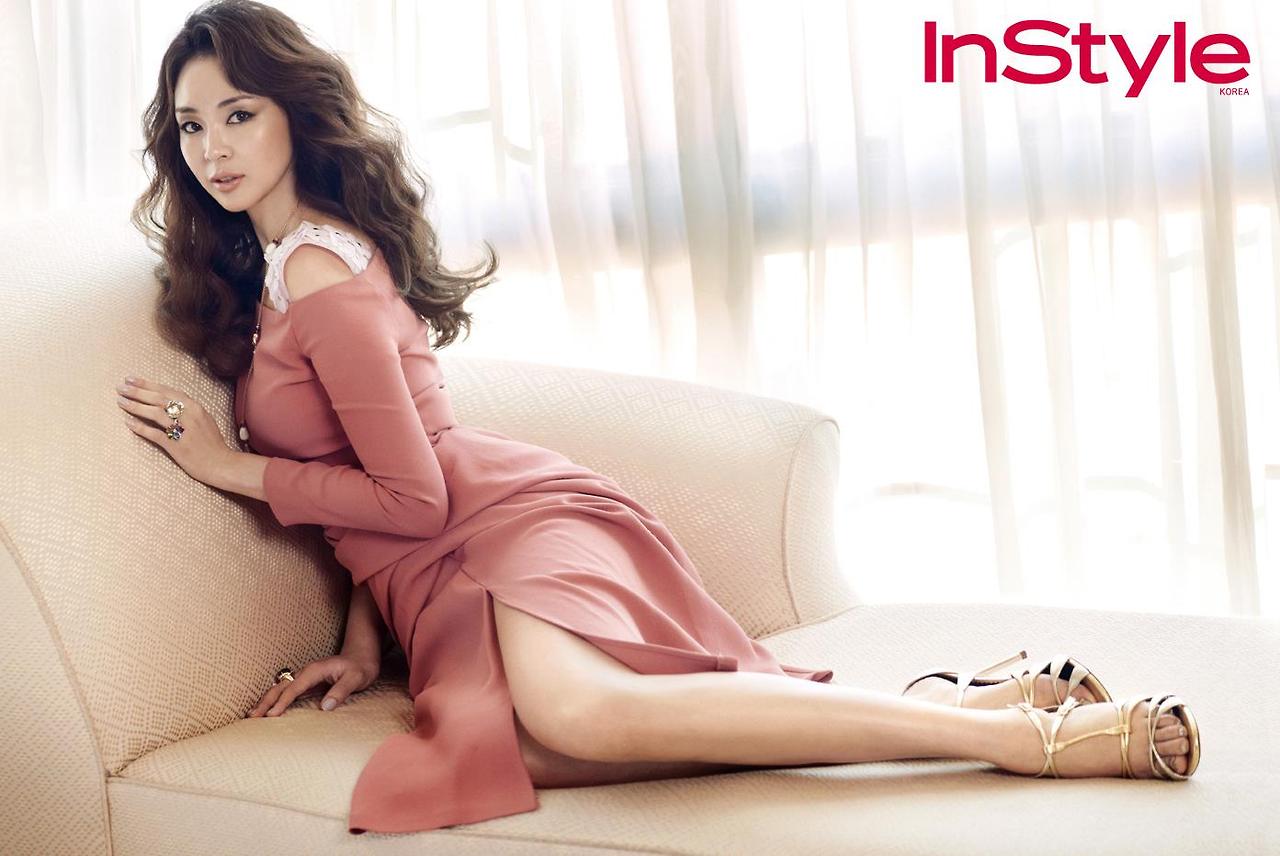 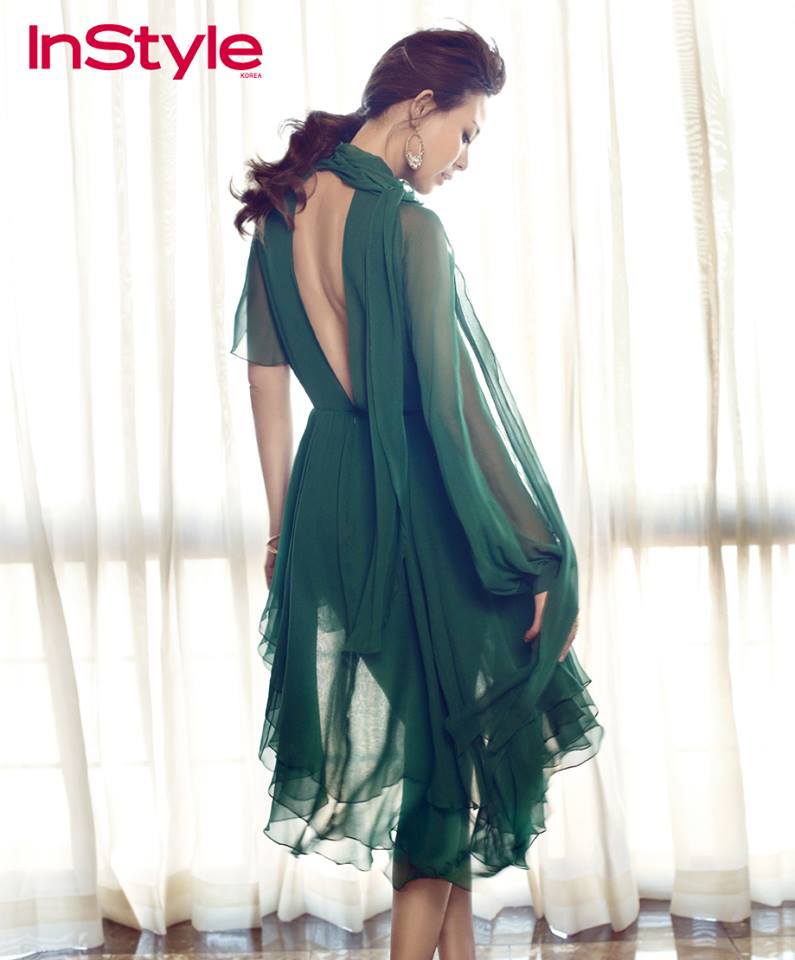 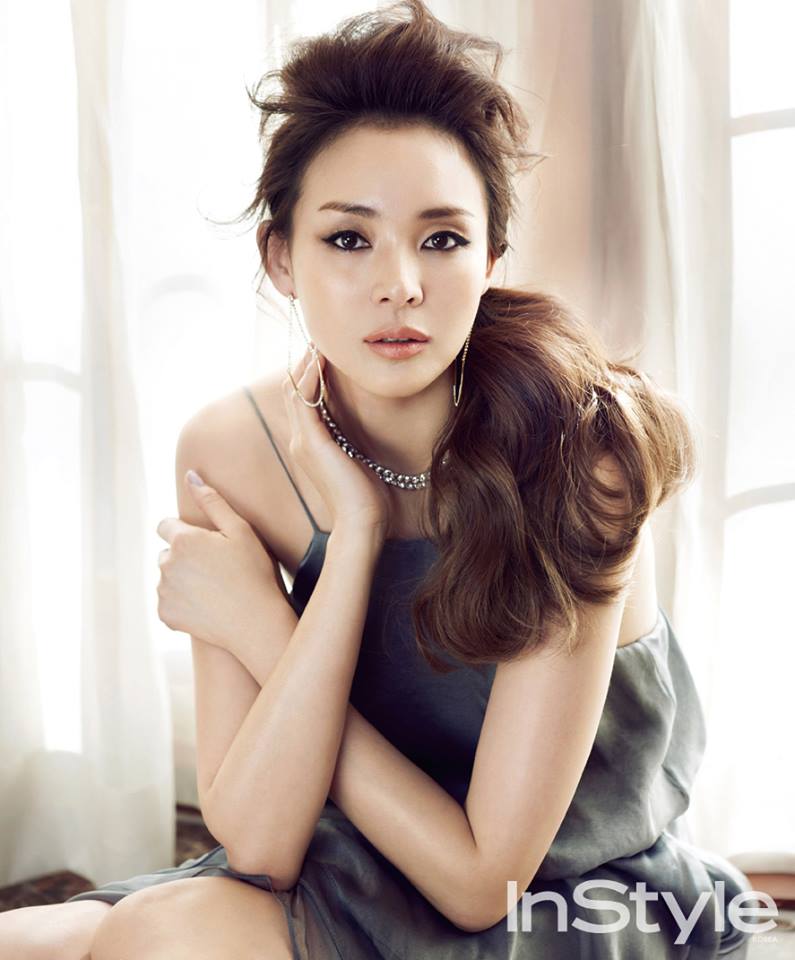 Yano Shiho met up with InStyle Korea and participated in a photo shoot, which was her first work with a Korean magazine.
Yano Shiho,who is Japan’s top model and the mother of super baby Choo Sarang, shot fashion pictorials for star & fashion magazine InStyle. Shiho is currently one of the most discussed people along with her daughter on the Internet as they both appear on KBS’ popular program ‘Super Man Returns.’ Since the end of last year, the super model’s austere lifestyle and her exceptionally lovely daughter Sarang captured hearts of Korean audiences.
In elegant dresses, Yano Shiho expressed a theme of ‘modern grace’ through the pictorials. Associates at InStyle told that they were very impressed how the top star showed experienced skills that she built throughout 20 years of model career.
Meanwhile, ‘Super Man Returns’ is a reality program that shows how star fathers and their children spend their ordinary days. There are four families shown in the program, and Choo Sung Hoon-Yano Shiho couple’s family has received the greatest amount of attention from Koreans.
When Yano Shiho was asked how she married mixed martial arts fighter Choo Sung Hoon, she answered “I fell in love with him before I met him so I asked some of my friends to set up a date for us. After two years, we actually met and dated for two years. My husband actually has no flaws since he is very reliable and is willing to change any habit I don’t like.”
Regarding the parenting style of her daughter, Shiho said, “I grew up in a big family so I wished Sarang to grow up in an environment where lots of people give love and attention like in my case. I hope her to become a global entertainer in the future.” The full pictorials and interview of Yano Shiho will be available in April issue of InStyle Korea. (photo by InStyle)
contact: news@bntnews.co.uk 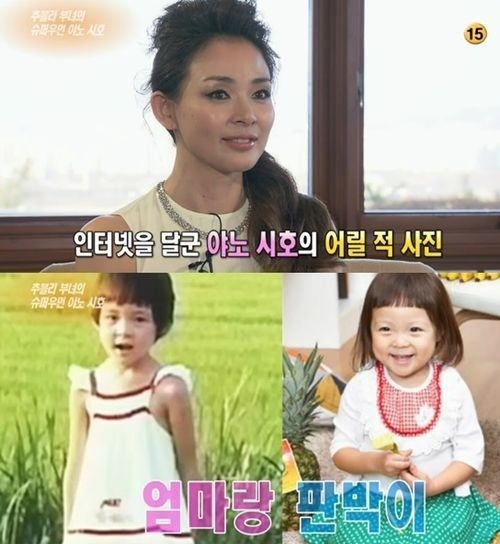 The future appearance of Choo Sarang has been a topic of interest in Korea since the 15th of March.
As a baby photo of Choo Sarang’s mother, Japanese model Yano Shiho, many fans commented on how they appeared almost identical, almost to the point where some fans actually thought Yano Shiho’s baby photo was a photo of Choo Sarang herself.
KBS 2TV’s “Entertainment Weekly” interviewed Yano Shiho and asked her on what characteristics Choo Sarang will adopt from her father, Choo Sanghoon, to which she answered that she has already adopted his great strength.

Great to see the whole Choovely family getting lots of love.