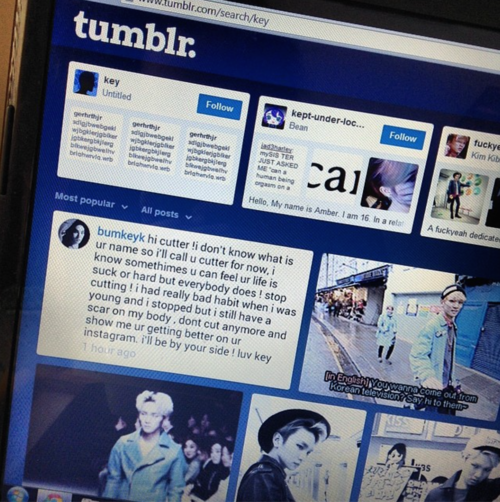 SHINee’s Key was the talk amongst fans today (25/03) after a comment he made on Instagram was publicised.
On March 25th, it was revealed that Key left a comment on his fan’s Instagram who was publicly harming herself, as evident on her posts. On the said update, Key made a public reply and asked the fan to stop harming herself. He shared a tidbit from his own personal experience and promised the fan that he’ll be with her with the struggle. Through this simple act, the fan made another reply and promised to stop harming herself for Key.

It is great to see an artist reach out to his fans and try to influence them for the better. Let’s just hope that this fan will be able to break through the struggle and keep her promise from her idol.
— * —
He also liked a video of her throwing away her blades: 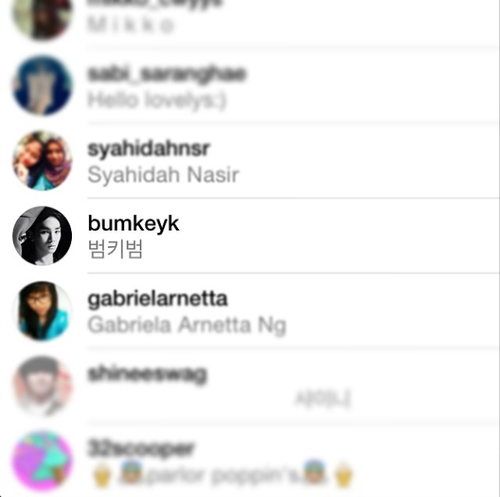 Since then, she has deleted most of the pics of her cuts and changed her username from @ugly_fatty_cutter to @locketpower (trigger warning!! there are still pics of her scars/cuts). She also decided to stop cutting and has been 'sober' for two days. :)

i'm surprised no one has posted this yet.
anyways, as someone who used to self-harm, i cannot put into words how happy and emotional his comment made me feel. what an angel, i'm so proud to say he's my bias. it's great to see that the girl stopped.
Tags: key, shinee, when will your faves?
Subscribe