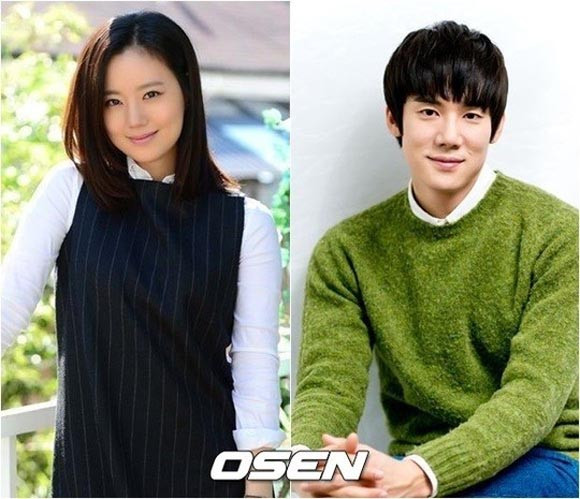 Moon Chae-won (Good Doctor, Nice Guy) and Yoo Yeon-seok (Answer Me 1994) have received offers to star in the upcoming film That One Day (or The Mood That Day). The movie will be about two strangers, a man and a woman, who meet on the KTX (the high speed train between Seoul and Busan). Using the seaside city of Busan as a backdrop, it will chronicle the events of a single day, and show the two’s brief, yet sweet, romantic pairing. It’s sounding a lot like Before Sunrise in Busan, no?

Moon Chae-won will start work on the big screen rom-com Three Men’s Woman soon, while Yoo Yeon-seok continues to strike while he’s hot — if he takes the role, this would be his fourth film commitment in less than six months. He’s currently wrapping up shoots for Secret Temptation with Im Soo-jung and Tailor with Han Seok-kyu and Go Soo. Both stars’ reps confirmed receipt of the script for That One Day, but were quick to add the project is just one of several under consideration by their clients.

These two leads seem like a really good fit for the film; Moon Chae-won has the acting chops to pull off the subtlety required from the role, while Yoo Yeon-seok has the ability to coax audiences into rooting for his character. I’m hoping these two sign on, as the movie has all the makings of being a poignant story — a reminder of those perfect days we’ve had that we wished would never come to an end.

This movie sounds so unoriginal but it also sounds simple and sweet. Plus I love when Moon Chae Won gets paired up with actors who are as beautiful and talented as she is. i'm saddened that Moon Chae Won doesn't have a tag lol Also, did anyone who lives in the L.A. or O.C. area feel that earthquake? CRAZY.