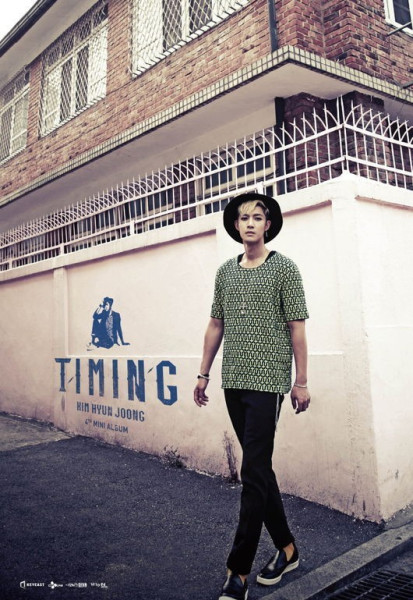 A spokesperson for Kim Hyun Joong told the media, “The attractive singing and rapping of Lim Kim and Kanto makes for a very emotional sound. It is a very unique mix of musical talent, so fans have every reason to anticipate the new release.”

“Timing” will be Kim Hyun Joong’s fourth mini album, and comes a year since his last extended play, “Round 3.”

It's a nice song, Lim Kim and Kanto stand out more than Kim Hyunjoong imo