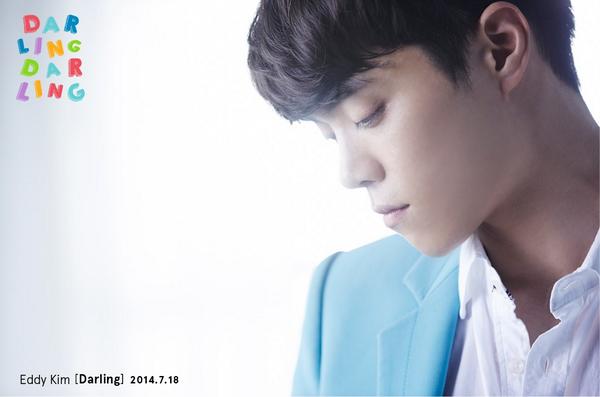 Eddy Kim is someone who’s fallen in love.
Her name is ‘Summer’
Big words written with care and if they were to ultimately meet it would be bright, but soon after meeting she will act like ‘Oppa, we’ll meet later’ and Eddy Kim will go to sleep confused by her.
Gently, with a warm mood undoubtedly he’ll want to hug her because today too Eddy Kim worries about her.
Surely Eddy Kim ‘Master of Push and Pull’ can make Summer his ‘Darling’?

If in the summer you want cool music with romantic love songs, Eddy Kim’s concert <Hello, Summer> is filled with them
Coming in August is Eddy Kim’s girl, bringing summer.

Ticket sales open July 21st at 8PM (Korean Time), you can get them here

Bear in mind that for his 1st concert, tickets sold out for both days within 5 minutes so if you want them you have to be fast
Tags: comebacks, concert, eddy kim, mystic89, teaser
Subscribe