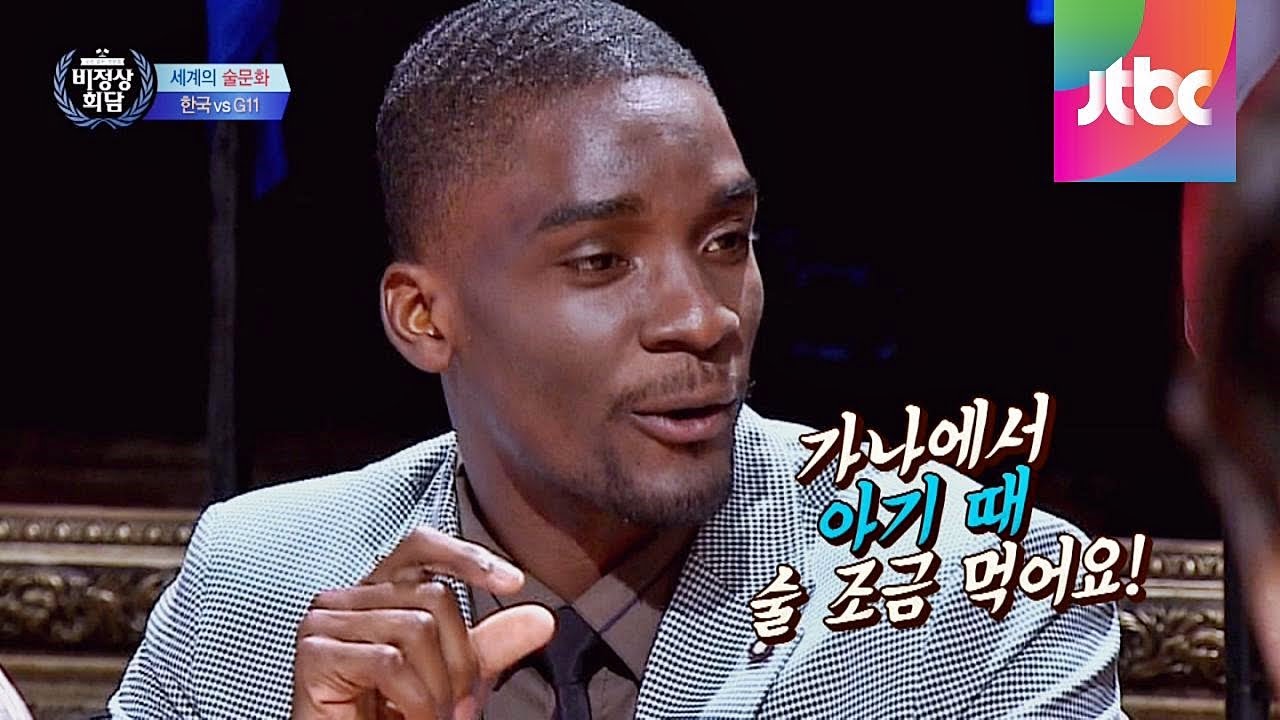 Ghana’s Sam Okyere is making a name for himself in South Korea’s entertainment world. Based in Seoul and fluent in Korean, Okyere can be seen these days rubbing shoulders with some of K Pop’s most famous stars. He already has a pretty extensive resume of Korean TV shows under his belt, including SNL Korea and Master Chef Korea Season 3. Okayafrica contributor Jacob Roberts-Mensah caught up with Okyere to talk about his experience being an African in Korea, his current work and his plans for the future. Check out the full Q&A below.


Jacob for Okayafrica: What brought you to South Korea?

Sam Okyere: I initially came to Korea as a Korean government scholar in 2009 to pursue a degree in Computer Engineering. But then again as a young guy I thought it wise to try and rack up as many experiences as I could, and this entertainment venture is one of them. Korean TV has opened doors to foreigners as a way to get them involved in Korean culture and to take what they can from the outside world. Besides, they have many awesome TV programs and the standards are very high. So once the opportunity presented itself, I couldn’t resist. I have been in Seoul for a little over five years now and counting. There is always something about Korea that makes you want to stay even longer. It’s like wine; the longer you stay here, the better your experiences get to be. 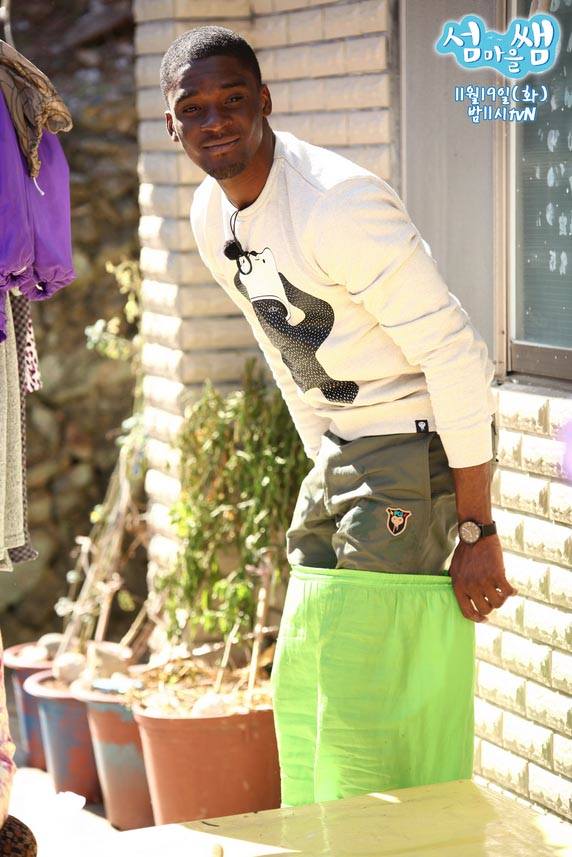 OKA: You recently modelled for Vogue Korea. How did that come about?
SO: Yes I did. The Vogue Korea magazine feature came about as a result of being cast for one of the most popular and longest running TV shows (Happy Together) in Korea. It was to highlight a group of foreigners from different cultures doing entertainment work in Korea and their experiences throughout their stay here. “The Korean dream,” as it was called, showed four foreigners, including myself, who loved Korea so much, as a means to broadcast to the rest of the world the numerous possibilities despite varying cultural backgrounds. It featured Sam Hammington from Australia, Fabien from France, and me from Ghana 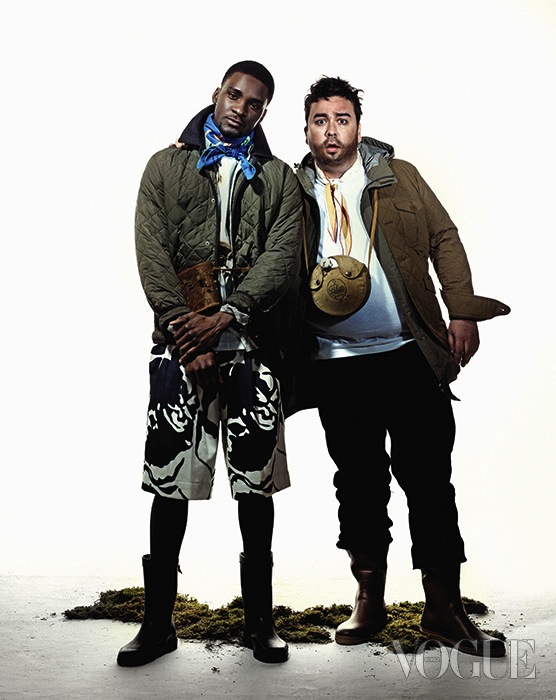 OKA: When would you say you got your big break?
SO: I had done several small works prior to my big break that came about around last summer when school was over and I was in search of an internship. I have been an extra for quite a number of Korean dramas and some modelling gigs too. A friend of mine (Stanley) invited me to a show known as Hello Counsellor where we could voice out our concerns as black people living in Korea, which were basically the racial discriminations we faced because we were black and particularly from Africa. It was a chance to talk about such a sensitive issue on National TV. I actually went as a friend of the main guest. Everything else took flight after that. I am very thankful for the opportunities that came in their numbers and still keep coming.

OKA: You’re also a global ambassador for a seaweed company, right?
SO: I often laugh every time I’m reminded of that, yet very proud too. I just loved to eat seaweed. It’s something I never tried in Ghana until I got to Korea and discovered it. It tasted very good even as a meal on its own so I got addicted to it. I was on a show known as Island Teachers where three other foreign TV personalities including myself had to hop from island to island teaching kids English and bonding with the people. The island seaweed, or “Kim” as it’s called in Korea, was just amazing and I couldn’t stop eating it. It earned me the title “Kim Killer.” My love for it grew and on the second episode of the TV show I was awarded the Global Ambassador for Seaweed from the best seaweed capital of Korea (Wando). It’s such an honour to know that liking something as simple as seaweed would get me this far.
OKA: And as for your first appearance on Korean television, could you tell us a bit about the talk show Hello Counsellor?
SO: The Hello Counsellor show is a Nationwide TV show that invites people from all walks of life with a peculiar situation to be discussed on TV. If your situation is unusual, you are invited on the show. Whoever has the most troubling issue with the most votes gets to stay on the show and eventually gets to win a grand prize.


OKA: In this era of political correctness do you feel some responsibility to represent Ghana (or Africa for that matter) in a positive light? And if so, what do you feel the response has been like?
SO: I see myself as an African ambassador every time I get the opportunity to be on TV. At the end of the day, I see it as platform to represent my people to the fullest and broadcast what we’re made up of as a people. A couple of years back, blacks, and Africans especially, had little or no opportunities whatsoever in Korea. We were seen as poor and not particularly the type to get deep into Korean culture. But things have changed drastically. Koreans are now more open to Africa then they were before. I’m also promoting Ghana through our cocoa, through our gold, through our clothing and every other means possible. I’m also working to show that the black man is capable of adjusting to any culture and bonding with its people. My goal is to bridge the gap between Ghana and Korea though TV work. As I continue to expose them to Ghana, the feedback has been quite overwhelming and I hope that as time goes on, there will be more cross-cultural participation between the two countries.

OKA: How have Korean audiences received you? And how do you personally react to your new found super stardom in South Korea?
SO: The Korean audiences have been very supportive and great overall. A lot of things are changing in Korea and very rapidly too and I am very excited about that. Over the last five years the influx of foreigners to Korea has been greatly overwhelming. The country’s goal to be a global frontier in entertainment is on course I must say. I’m grateful they’ve accepted me and showed me a lot of love and support. Because, to be honest, there are quite a number of foreigner entertainers here but because it’s almost the first for a black person like myself. I call it the revolution of Korean TV. There have been numerous times I walked around and forgot people know me. It’s almost unbelievable when people walk up to me and ask to take a picture. I feel very honoured especially when it’s my fellow black people. It tells me something is being done right. I haven’t reached super stardom yet but my goal to is to get to a level where people can get similar opportunities as I have here irrespective of their background. 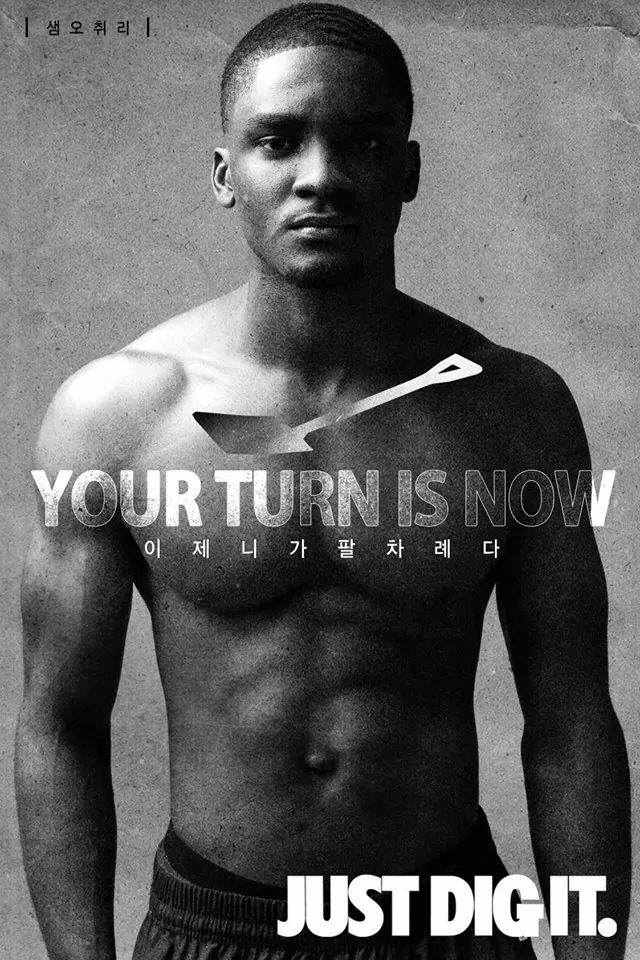 OKA: Tell us a bit about your current show?
SO: The most current work I’m doing is a Korean drama with an old Korean farming setting where I play the role a Ghanaian farmer who comes to Korea to learn advanced technological farming practices. I was also featured in a soon to be released movie titled Hellmoni. I am on a new talk show with Korean hosts and foreign guests where we discuss various social matters in Korea and compare them to the respective countries of the foreign guests. We dissect many cultures and find similarities and differences among them. Another show I recently got cast for airs the lives of very old traditional Korean folks in the countryside. We shot the pilot a few weeks back so hopefully it gets a slot on the screens. The biggest show I’m excited to go on is Runningman. It’s very popular both in Korea and internationally so I am very honoured to be a part of it.

OKA: What does the future hold for Sam Okyere?
SO: The future looks bright and I’m prepared to go the extra mile to make that happen. I also have a couple of projects that I’m working on currently. They’re still in the very early stages and once they kick off I’ll be sure to inform everyone about it. I’m also looking to take up acting as a serious venture. I have some poems that I am looking to publish and I’m taking up the challenge of writing my poems in Korean. It will be one of the most challenging tasks for me this year but I’m very sure the outcome will be something to write home about.