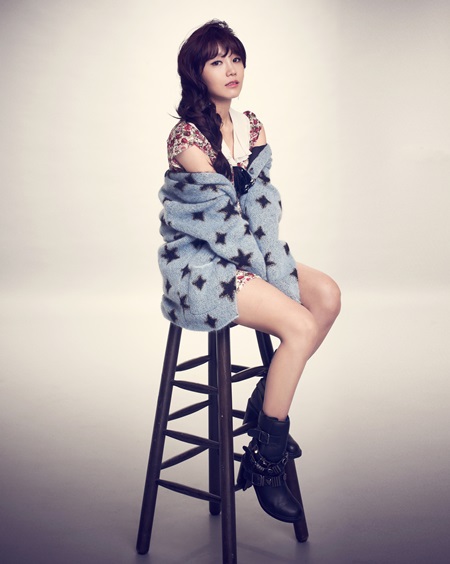 Eunji has not only been filming for her drama, but also preparing for a solo debut sometime in 2014.

When asked about her album being related to her trot image in the drama, representatives revealed, ”While it’s true that we have received proposals to release a trot album, we have no intentions of doing so since we believe that this image will stay within the drama. We want to protect Eunji’s image as a A Pink member who is also  a pop singer. Eunji is currently preparing for her own solo debut. However, the release date has not been set it, but we are planning to debut her within this year.”

I kind of saw this coming since her schedule has been insane and she has looked super tired lately :( I still don't know if that Eunji solo is an actual thing since none of the A Pink fan twitters have confirmed anything and I haven't seen articles anywhere else other than allkpop.