Jinwoon for arena homme plus

2AM
‘s Jung Jinwoon worked with “Arena Homme Plus” magazine where he showed off the sexy and manly body that he worked hard on to make.

In the revealed photos, despite of him wearing an everyday outfit, his fit and sexy body can be seen and his charming smile has captured the attention of many. Although Jung Jinwoon is the youngest member of 2AM, he has escaped that image and brought out his sexy charm through this photo shoot.

Currently, Jung Jinwoon is playing the role of the handsome boy named Han Yeo Reum in tvN’s drama, “Marriage, Not Dating.” The drama is aired every Fridays and Saturdays.

Jung Jinwoon’s sexy pictorials will be on the August edition of “Arena Homme Plus” magazine. ' 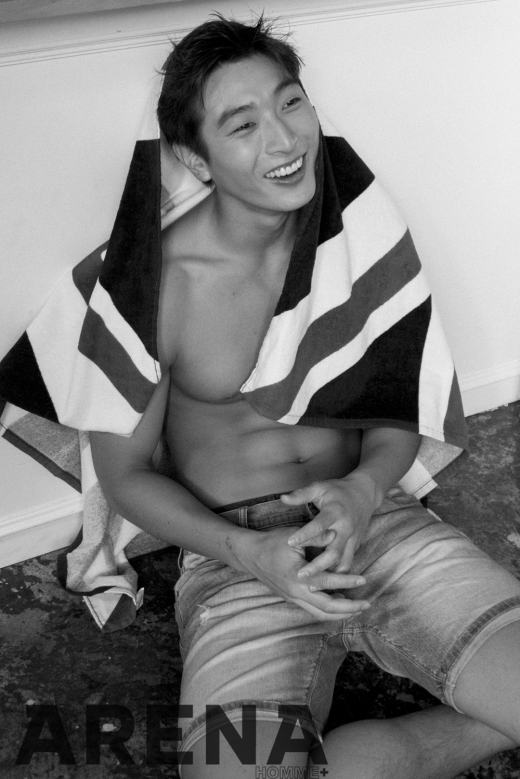