Park Bom is actually winning y'all 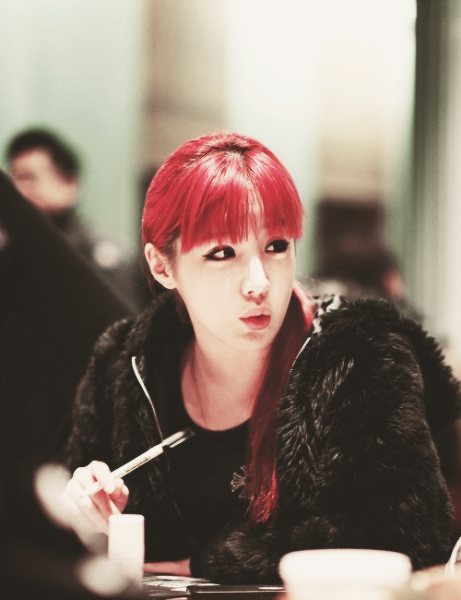 In a shocking feat by fans, Park Bom’s 2011 single “Don’t Cry” has managed to re-enter music charts as the 2NE1 singer continues to receive backlash for the recent controversies.

Currently, Park Bom is staying out of the public eye due to the drug scandal allegations, and has ceased filming for the reality series “Roommate.”

According to the Korean publication Naver, the producers of “Roommate” made the decision not to cut Park Bom out of the upcoming episodes since she filmed with many of her roommates, but has not been filming since the beginning of July.

Nevertheless, Park Bom is receiving a lot of support from fans during this trying time, and it is evidenced when her single from three years ago suddenly rebounded in the music charts.

According to real-time charts being posted on Twitter, “Don’t Cry” charted at number 45 on the iChart Realtime chart, and shot up to number 9 on the Cyworld realtime charts.

“This is 2NE1 fans sending her a message,” commented TheFishHook on Kayoforum. “The fans that did this are amazing.”

According to the official blog of “YG Exhibition in Japan” staff members, members of 2NE1 received banners with written messages from fans who attended the exhibition venue after their concert in Kobe.

“The message which you all wrote has already been put inside the backstage of the Kobe concert,” said the blog according to YGLadies. “All the members were thrilled and have received more power from your message. In addition, not only members, but all dancers and staff were also touched! Thank you!”

Blackjacks are finally doing something right