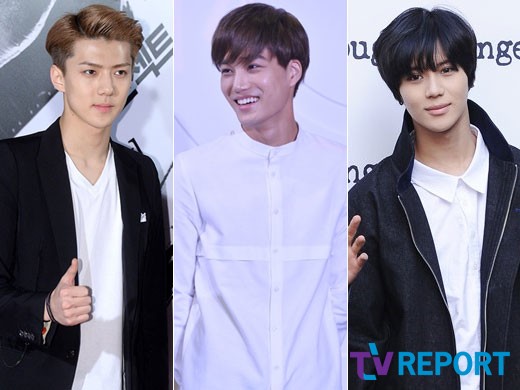 Fans of SBS reality show “Running Man” will be in for a treat on Sunday, August 17, according to the program’s producers, with a whole host of K-pop stars set to appear on the show. Names already confirmed are SHINee member Taemin, Kai andSehun of EXO, the members of H.S.g.R and SISTAR’s Soyu.

Speaking to media outlet TV Report, a representative for the show explained that filming for the show had already been successfully completed. The spokesperson said, “SHINee’s Taemin, EXO’s Kai and Sehun all took part in filming for ‘Running Man’ on July 29.

Fan accounts also say that Taemin, Kai and Sehun were filming at a swimming pool.