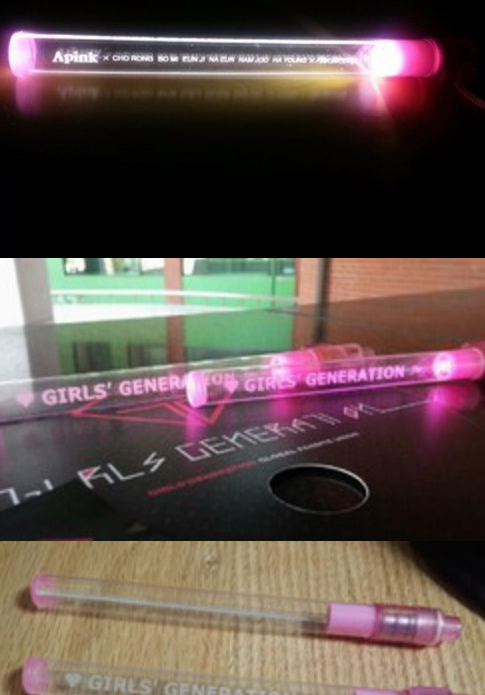 A Pink has recently come under fire for due to their lightstick being almost identical to more senior group, Girls’ Generation.

Netizens began posting their disapproval of the new lightsticks when an image was posted of A Pink and Girls’ Generations lightsticks side by side.

Comments read, “So tired of A Pink copying Soshi…”, “I really don’t understand… They said they wouldn’t use it, why use it again? Just because A Pink has the word pink in it?” and more.

Some fans seemed to be especially upset, as they accused A Pink fans of spreading photos of SONEs at concerts and spreading them as A Pink fans photos.

One netizen in particular said, “You can call fighting over colors immature all you want but the colors are what represent fandoms at concerts like Dream Concert. There’s a tweet of Pink Pandas taking a Soshi fanseat picture and lying about it being their fanseats and it shows that there’s room for confusion like that. That’s why official colors are important.”.

How do you feel about this issue?

LOL. Sones are always coming after A Pink so hard. Hopefully they make it a different shade of pink.