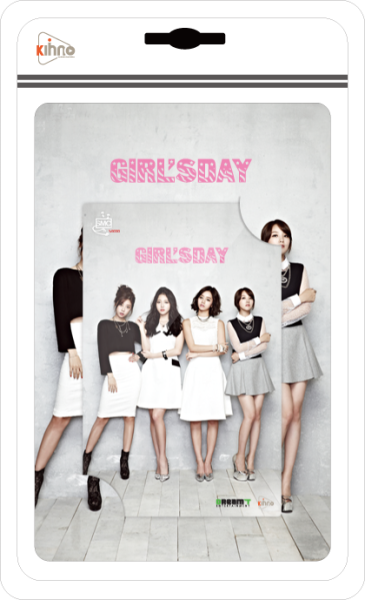 Girl’s Day has announced that its forthcoming album mini album release will be a “smart card” album, and claims that it will be a world’s first.

Fans will be able to use Kihno services to gain online access the album, as well as its music video and accompanying images.
A spokesperson for the group explained, “This is an entirely new concept and a world’s first. It is intended as a present for Girl’s Day fans. It is our first attempt at a release of this sort, so we expect a very big reaction from the group’s supporters.”
Girl’s Day will release its new mini album, in conjunction with Kihno, online on October 15.
The mini album’s title track is said to be a ballad number, with hit-maker DubleSidekick taking charge of production.

Girl’s Day has announced that they will not be performing in any of the music shows to promote their upcoming ballad single.

There has been a lot of anticipation for the new single since it is produced by Double Sidekick who have also the group’s hit singles “Something” and “Darling.”
While the girls usually show their splendid performance for every comeback they make, for this ballad, they will only release the song without appearing in the music programs.
The agency stated, “While the girls will not participate in any music programs, we hope that this new single will be greatly approved by the fans.”