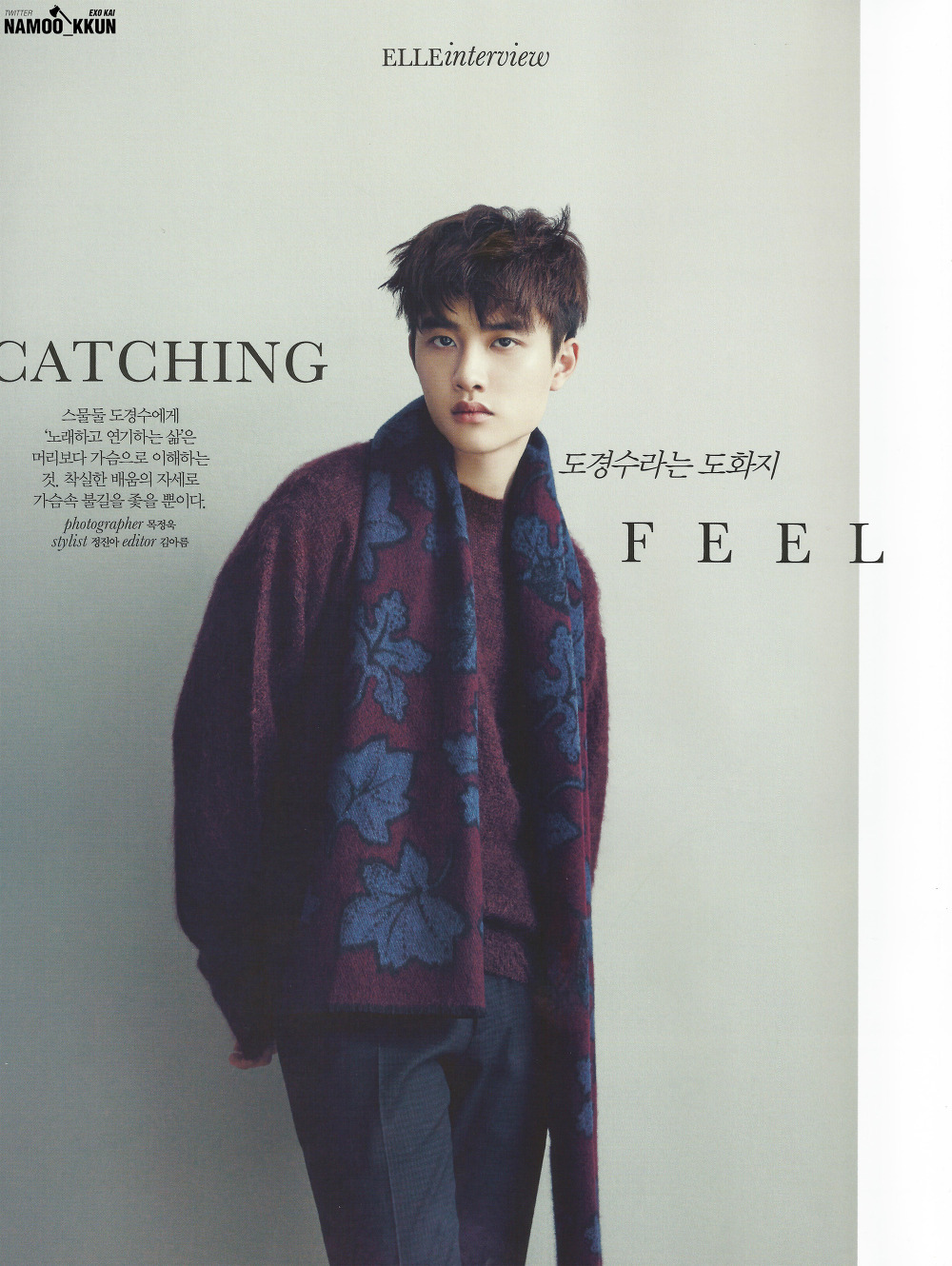 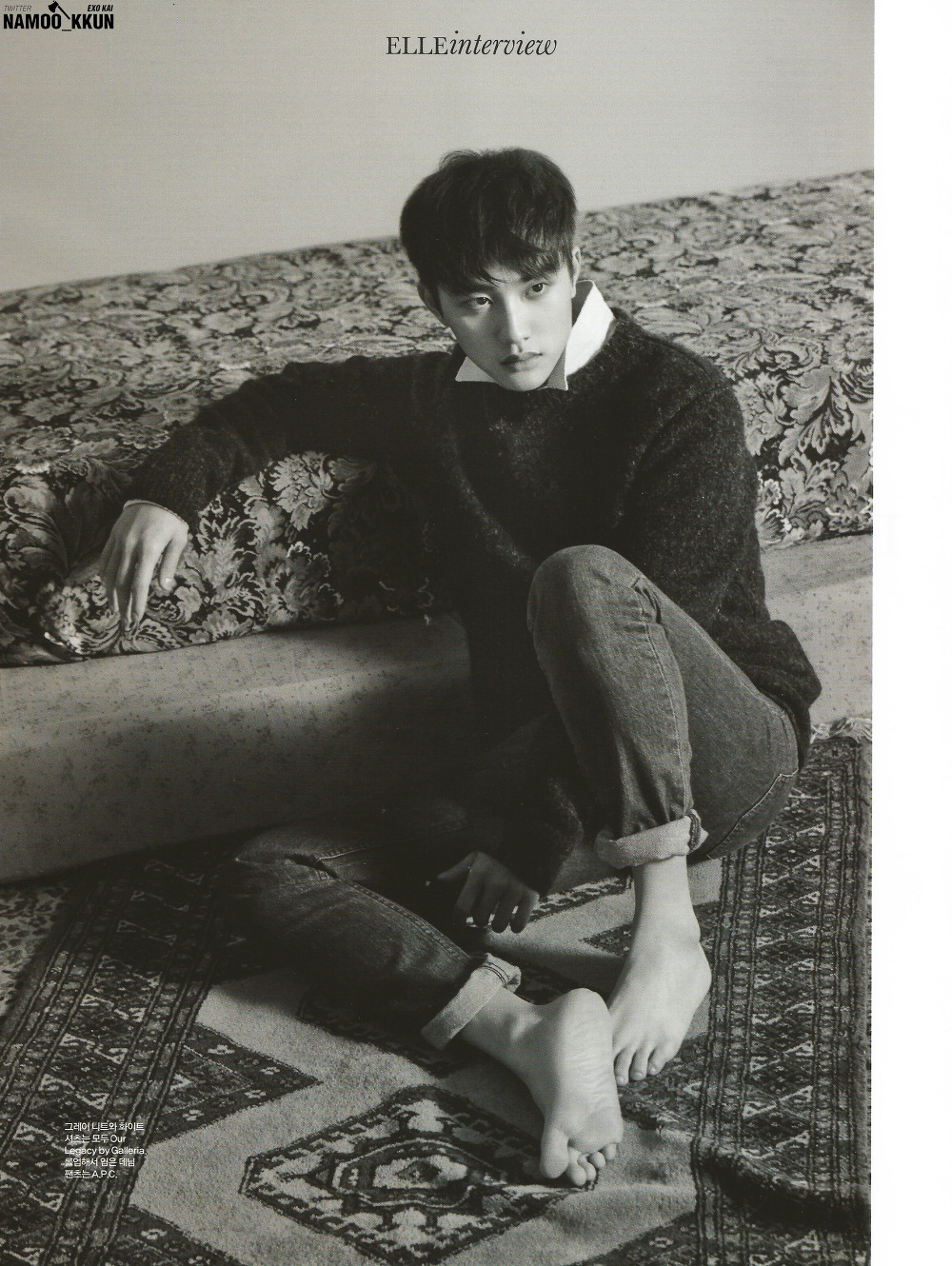 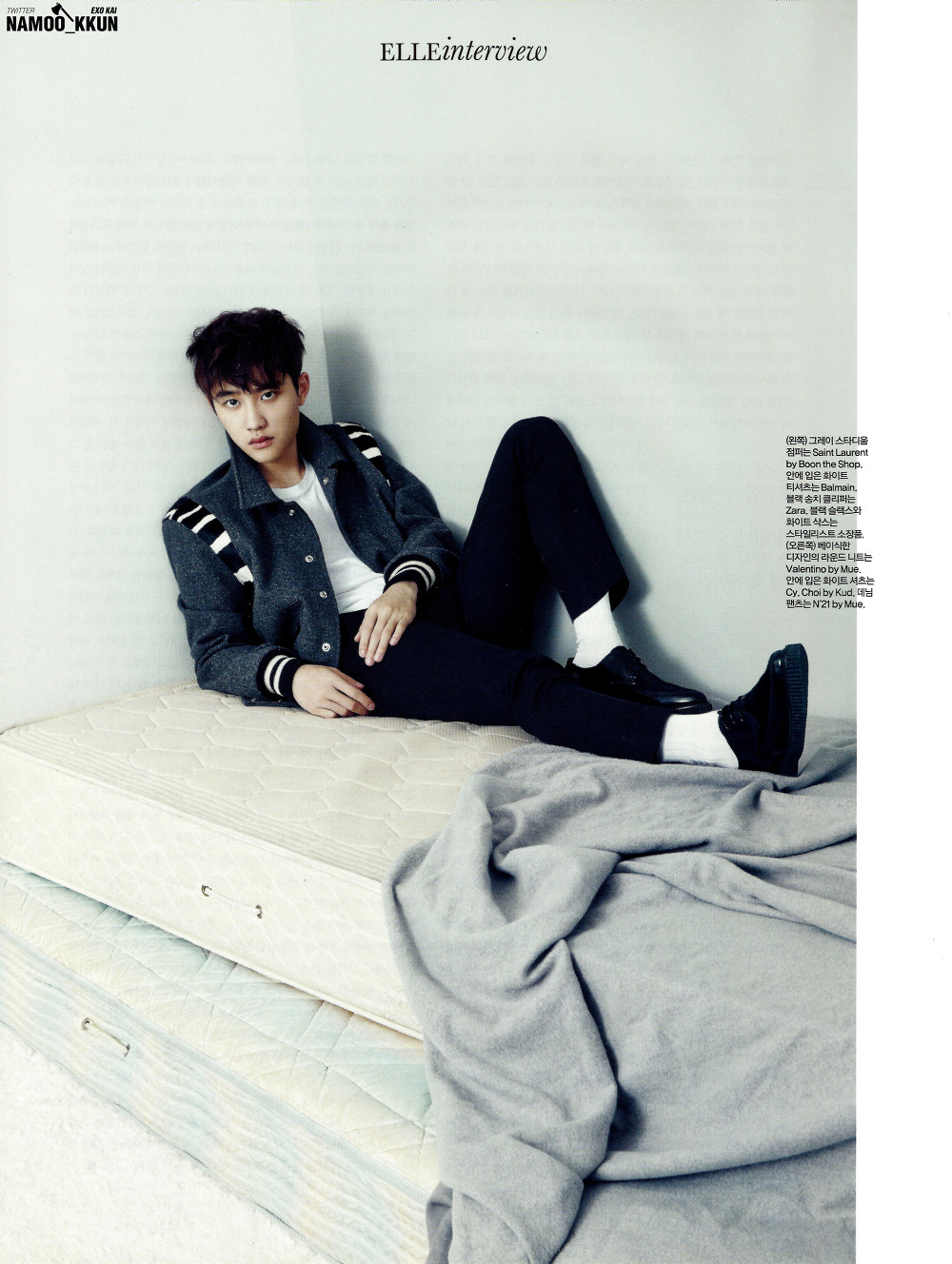 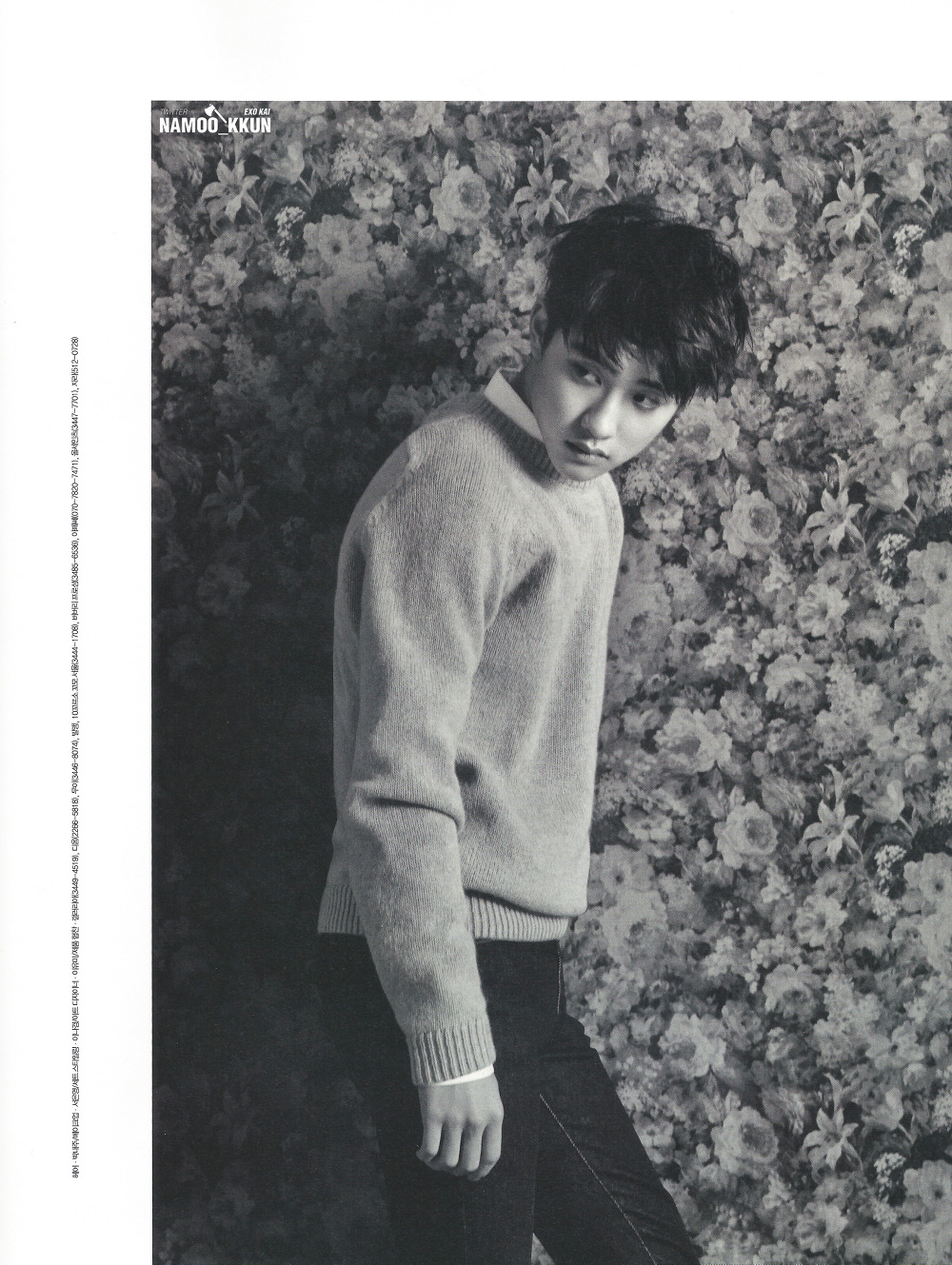 Do Kyungsoo expressed his disbelief often. To be able to work with renowned writers and directors and great seniors of the industry, to be called a ‘morning star of the Korean film industry’ - all were ‘unbelievable’ circumstances. In luck and skill, he is a youth with potential hard to see the end of. Even as a member of EXO, which has popularity to pierce the sky! Forgoing his stage name of D.O, he started acting under his given name of Do Kyungsoo, and met his first audience in the drama ‘It’s Okay, It’s Love’ as a fragment of the lead, Jang Jaeyeol (Jo Insung). Though these are times when acting idols are no longer out of the ordinary, he has skill outstanding enough to draw and hold the eyes of those uninterested in idols at all. Though on one entertainment program, one MC praises him by asking ‘did SM change its acting teacher?’, the truth is that he is a member who never received formal lessons from the company. In ‘Cart,’ the student worker Taeyoung inspires even more empathy for a movie that deals with the struggles of temporary workers. Squeezing through the packed schedule of popular idols, finally he faced us neatly, with a pure gaze, speaking in a calm and low voice. Even the scene of getting hit by the store owner roughly enough to draw concerned cries from fans was, he says with a smile, “interesting to film, to be a part of it all.” Watching the way he talks of these new experiences and knowledge like some a storybook protagonist, one sees the reason why these renowned writers and directors chose Do Kyungsoo as their drawing paper.

Is there a VIP premiere for “Cart” tonight? Have you seen the finished version of the movie?
I did, at the outdoor theater of the Busan film festival in October. It was my first time so I didn’t know, but it was really gratifying to watch this kind of film with the audience. It was something not everyone is allowed to experience, even if they wish for it.

What points of the movie really drew you in?
Truthfully, I only saw my seniors. During filming, because I mostly stayed by Yeom Jungah senior, who had the role of my mother, I couldn’t watch anyone else act. Everyone gave it their all and made the film great with their amazing acting. In contrast, I found my own regretful and lacking.

You say Cart was the first time you auditioned for acting.
Though I never told anyone and kept quiet about it, I had big dreams about acting since I was little. That’s why when this sudden opportunity found me, I was startled but also very happy. When I met with the director for reading, I was so nervous, I don’t even remember how I did. Enough to have my hands shaking.

Did you receive special training from director Bu Jiyoung?
They weren’t separate acting lessons, but I shared a lot of talks with her. Though everything was a first, making the motions was especially hard. From lifting the pot’s lid to opening the refrigerator, she taught me detail by detail. The first shooting was for a scene where I’m looking up at my friend Sookyung at school. Even though there’s no dialogue, we shot it about 16 times. The director had a very clear vision.

Did Taeyoung, who is an adolescent growing up in a hard world, feel too different from you?
Even though I’m a part of EXO now, I don’t think I was too different from Taeyoung when I was just an ordinary student. I worked part time to make money, and although I don’t have a younger sister like Taeyoung, I grew up with an older brother. It’s just that I wasn’t a rebellious student like in the movie. The hardest scene was getting angry at my mother and fleeing. I had never yelled that loudly or angrily in my life.

You must have been a good son.
Although I may have liked fooling around, I didn’t make trouble. I wasn’t the kind of son to stress my parents like that.
[Spoilers for It&apos;s Okay, That&apos;s Love]
You were cast in the drama ‘It’s Okay, It’s Love’ after the movie’s filming.
I was less nervous for this second audition than the first. Initially Kangwoo was a really timid and weak character, but after meeting me, the writer changed him to someone more playful. She said it would fit me more. I only found out that Kangwoo was a character imagined by Jaeyeol after my casting was confirmed. And even though I knew, the reveal of Kangwoo’s identity at the ending of episode four still gave me goosebumps when I read the script.

To act as an imaginary character can’t have been easy.
Writer Noh Heekyung helped me a lot. One night, we took a walk in a park near the studio and had a long conversation. She gave me great amounts of insight into life, and it all helped me understand Kangwoo better.

At what moment did you most immerse yourself in the character of Kangwoo?
In the last episode, the scene where Jaeyeol washes Kangwoo’s feet and sends him off. I don’t cry very easily, but as we filmed that scene the tears just fell. It was amazing. It felt like I really was Kangwoo, and that before, I had acted without really understanding. Now I feel regretful for him, like with Taeyoung.

Your impressions on working with actor Jo Insung?
I can only be thankful that he received my clumsy acting so well. I learned a lot at his side. Not just acting, but also human qualities - how to treat people well.

You seem like a fast learner, and mature for your age.
I did hear often that I don’t seem to be one of the youngest. Mostly, I think this growth is from work in society. I’ve learned a lot just from living and enduring with the members. And I’ve had the great fortune of meeting good people here - writers, directors, and managers.

Do you have moments of instinct over reason? When you let what’s inside all out.
Try coming to one of EXO’s concerts (laughter). The fans’ spirit you feel onstage, that energy makes something in my chest explode. My stress disappears.

What do you during downtime?
Watching movies was a hobby before I even got into acting. I used to like only action and hero movies, but lately I’m searching through a variety of genres. I’ve become more attentive to camera angles and the actor’s expressions and voices.

You are a main vocal and a rising rookie actor. Are there any other abilities you would like to have?
Dancing skill? I enjoyed and pursued singing since I was little, but I only started learning to dance after entering the company. I can follow EXO’s choreography reasonably, but I can’t really, truly dance like Chris Brown or our team member Kai. Even if I’m short, I want to be able to dance well enough to command the stage.

For both D.O and Do Kyungsoo, what is your driving force in the entertainment industry?
I feel it is ‘something I have to do.’ I don’t know how it would be if I didn’t sing or act. But I feel something apparent, though I can’t express it in words, for what I do now. That’s why I don’t stress easily. I forget difficult times quickly. I want to keep going forward with the members who are by me, having fun and caring for each other.

The most meaningful part of the year to you?

That I could start acting. At the after party of “It’s Okay, It’s Love”, for the first time I choked on tears while exchanging goodbyes with writer Noh Heekyung. We are the two people in this world who know Kangwoo best, after all. I didn’t realize but I started crying while bidding her farewell. I want to keep experiencing and feeling new things, whatever they might be.