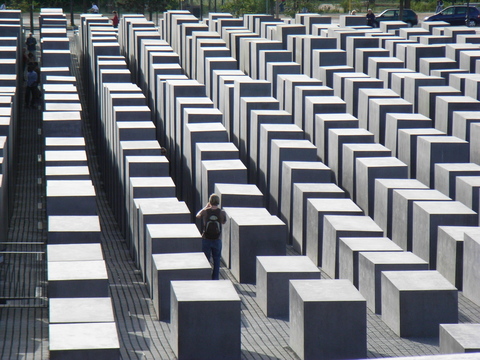 BTS posted teaser photos on Twitter recently, which is great! But, uh, then people recognized the location as the Memorial to the Murdered Jews of Europe in Berlin.

So … yeah that’s a bad idea. Like horrible. Pictures is one thing, but a fucking photoshoot, apparently for a photobook? Come on.
Anyway, after being inundated with tweets, BTS’s official Twitter finally took the pics down (which is why I don’t have all of them), but it’s a bit late for that anyway.
I trust I don’t have to explain the problem to oppa apologists here.

A spokesperson of the Memorial to the Murdered Jews of Europe had previously commented on a similar situation:

"We only give permission to projects that have a connection to the memorial, the Holocaust or some aspect of commemoration."

This raised concern amoung fans that BigHit either didn't attempt to get permission or were denied and followed suit anyway.

It's also been noted by some that Rapmon had previously worn a hat that bears Nazi symbols (swastika, eagle, and skull). Specifically, the insignia of the SS, who were responsible for running the concentration camps all over Europe.

BigHit has yet to release an official statement.

This is disgusting. No words.