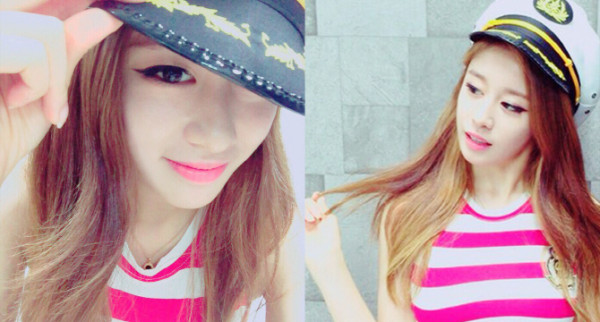 T-ara announced that it will be working with popular composer Brave Brothers for the title song.

T-ara was debating between a song by Brave Bothers and another by Shinsadong Tiger, and in the end, chose “Completely Crazy” [working title] by Brave Brothers. While the composer has worked with member Hyomin on her solo song “NICE BODY” in the past, he has never worked with the complete six-member T-ara before. Meanwhile, Shinsadong Tiger’s song “1, 2, 3” will be included in T-ara’s Chinese album.

Meanwhile, member Jiyeon revealed a photo of herself during a costume fitting for the girl group’s upcoming comeback, allowing fans to get a glimpse of the concept for the new album. Jiyeon hints at a marine look for the group, as she is wearing a sailor’s cap and a striped shirt.

Are you excited for T-ara’s comeback?

hmmmT @ brave bros, i hope its not recycled but it will most likely be. i thought it was called so crazy?
at least we will get the shinsagod bop later! slay me Park JiSus!