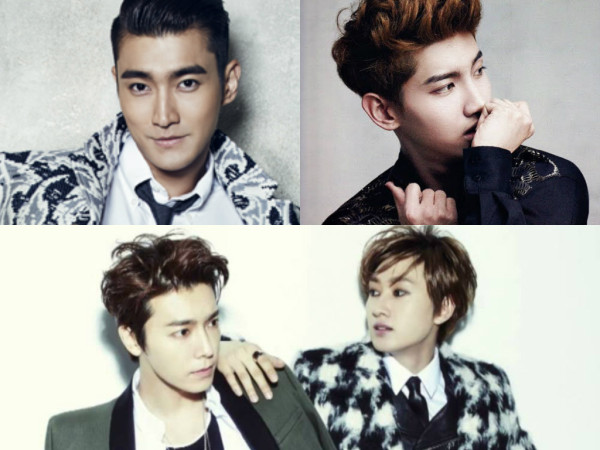 Four SM artists have been confirmed to enlist towards the end of this year: Super Junior’s Choi Siwon, Eunhyuk, and Donghae, and TVXQ’s Changmin. The Super Junior members’ enlistments were previously mentioned at the group’s recent concert in Japan, but now, with specific dates set for all four SM artists, the reality of the news is hitting fans all over again.

The Super Junior D&E duo will be the first to head off to the military, the two members enlisting two days apart from each other: Eunhyuk on October 13, and Donghae on October 15, which also happens to be his birthday.

According to reports, Eunhyuk and Donghae wish to enlist quietly, without disclosing their locations to the public.

Choi Siwon and Changmin will be starting their mandatory services — as conscripted police officers — the following month, both set to enlist on November 19.

and apparently both will serve in the same district

Meanwhile check out some of the last work those boys are doing before going to army:

Siwon teaser for MBC drama 'She was pretty'

D&E for their last japanese realease "Let's get it on"