In anticipation of Seoul Fashion Week Spring/Summer 2016, MUTZINE will be looking back at the prominent runway trends from the past five years. For this second installment, we discuss how the color orange, sheer fabrics, metallics, and color blocking were everywhere in Spring/Summer 2012. Catch up by checking out the trends from SFW SS11. 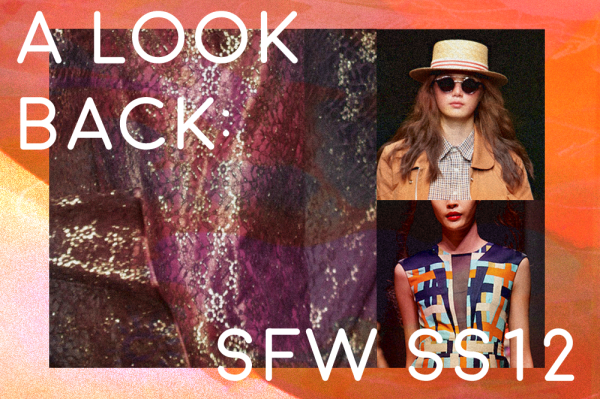 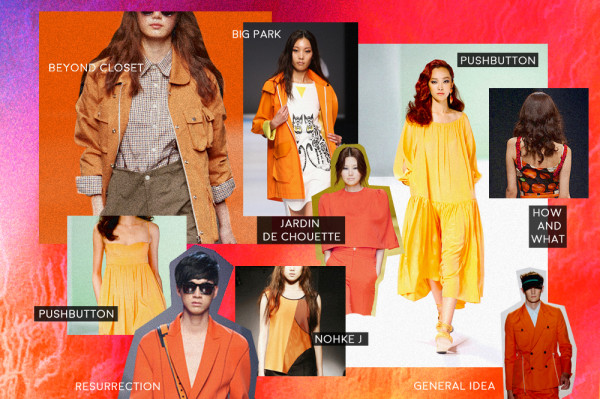 ORANGE IS THE NEW BLACK

Beyond closet showed orange shorts and jackets for both men and women. A peachy hue of orange was also washed across the models’ cheeks, giving them a sun-kissed and fun summery look. General Idea created similar anoraks from last year, but upgraded them with a happy orange colorway. The Resurrection show opened with bright, pumpkin orange jacket before gradually phasing out into a beige palette.

An almost fluorescent orange was the key color at NOHKE J, alongside black. Though that color combination could easily veer towards Halloween kitsch, the colors were evenly integrated with sharp lines, making for a strong and impactful collection. Jardin de Chouette utilized an orange shade that was borderline red to highlight strong shoulder silhouettes and svelte dresses. pushBUTTON had a softer shade of orange from head to toe in two consecutive looks. The two dresses were long, easy-flowing summer sheaths styled with orange sandals and a dusting of orange blush. 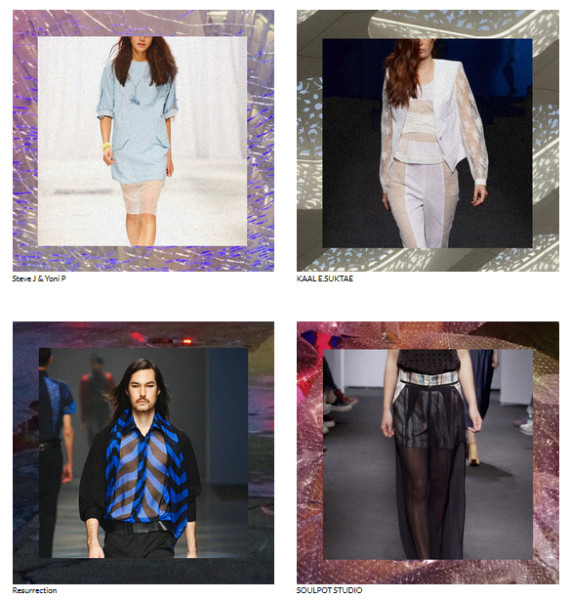 Sheer and see-through clothing holds the potential to be garish, given the amount of skin that can be seen. However, on the runways of Seoul, chiffons serve to tastefully reveal only small slivers of skin or they are layered over other fabrics, giving them an extra dimension.

Resurrection was one of the only menswear collections to dare to bare some skin with sheer elements. Belly button-skimming tank tops were made of black, sheer material and styled with smart jackets. A black and blue chevron shirt covered the most skin of the sheer looks, yet it revealed the most.

Kaal E. Suktae was innovative with sheer paneling in all pieces of a full outfit. The blouse featured alternating opaque and sheer stripes. Layered on top of it was a jacket with sheer lace sleeves. Even the pants had mesh paneling down the sides of the leg. SOULPOT STUDIO showed a very boxy, futuristic collection, but one of the standout looks was a soft chiffon covering multicolored shorts. Steve J & Yoni P had fun by creating sheer jumpsuits that revealed a floral print underneath. A sheer white underskirt created the illusion of length while still exposing some skin.

More at the source!

cotxpaxi! What are your favorite trends, Omona?