the only pharaoh in town (

Pair Shot Talk. or the one where they couple up and describe each other 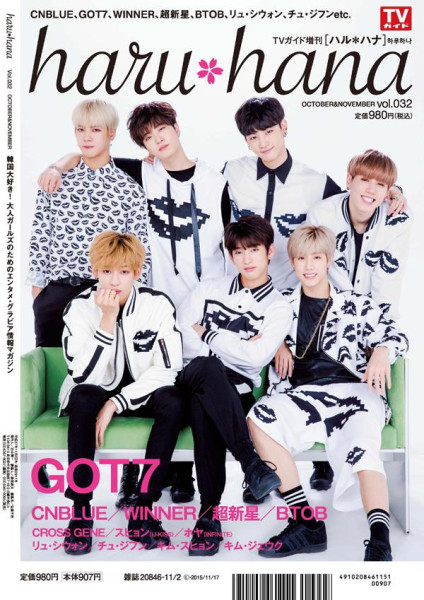 Translation credit: suineg@ohmygot7.com
Where they formed into pairs and had a happy talk with each other. Each pair has made their own combination names and told us the secret memories that only two of them knew about.

Question list:
Q1. How is your partner’s sense of humor on the scale of 100%?
Q2. How would you encourage your partner when he was feeling down?
Q3. How did you two become close to each other?
Q4. Please describe your partner in three words!

Q1. How is your partner’s sense of humor on the scale of 100%?
JB: About 50%. Although he doesn’t intend to make people laugh at all, sometimes he’s just so funny to watch. It’s just like that despite the laughter igniter himself doesn’t plan to do anything!
Youngjae: Even though JB hyung does have some funny moments, he has those opposite moments too (laughs). But his average level is already quite high, so maybe I will give him around 70%.

Q2. How would you encourage your partner when he was feeling down?
JB: We would talk with each other about our problems as if it’s a natural thing to do right?
Youngjae: Because we’re roomies. Whenever any of us becomes depressed about something, we would have a hearty talk together until morning comes.

Q3. How did you two become close to each other?
JB: The first time we met, I don’t quite know why but I did think that he resembles me a lot. He’s just like my past self so much, so naturally I came to think that I must take care of him no matter what like his real big brother.
Youngjae: At the beginning, I had no acquaintance at all, and just as a loner like that I spent all my training days to prepare for the debut. During those times, JB hyung is the one that treated me really kindly.

Q4. Please describe your partner in three words!
JB: He’s “my past (self)”, “genuine” and “a gentle person”.
(T/N: JB’s last given word can also be understood either as “affable” or “open-minded”)
Youngjae: “Leader”. “Roller-coaster”. Because his mood keeps swinging up and down nonstop (laughs). “A kind-hearted/compassionate person”. If you just take a quick look at him, he might appear as a cool man, but in fact he’s really kind-hearted. You can affirm that he’s a tsundere!
(T/N: “Tsundere” is a Japanese slang derived from the terms “tsun tsun”, meaning to turn away in disgust, and “dere dere” meaning to become 'lovey dovey'. By putting the two opposite meanings together, it describes a person who is initially cold and even hostile towards another person before gradually showing their warm side over time.)

Q1. How is your partner’s sense of humor on the scale of 100%?
BamBam: He doesn’t tell gags so I can’t tell anything. But sometimes his funny side kinda emerges, so maybe 50%?
Youngjae: On the contrary BamBam tells gags a lot so I give him 70%. But out of 10 points of funny level, his gag is only around 3 (laughs).

Q2. How would you encourage your partner when he was feeling down?
BamBam: If I say something, wouldn’t it make you more depressed? (laughs). Sometimes we’d love to be let alone right? At those times, I would let him have a time for himself. But if I’m going to give you some advice, let’s think of the solution together.
Youngjae: Same here. If he doesn’t hesitate to help discuss about the problems with me, I will have him encouraged too! But if it’s not so, I will leave him alone.

Q3. How did you two become close to each other?
BamBam: The truth is, at the beginning the one with whom I usually quarreled most was Youngjae hyung.
Youngjae: Hahaha! How nostalgic~
BamBam: But thanks to those fights in the past, now we could become good friends.
Youngjae: I think that is because we’ve come to know well about what each other hates.

Q4. Please describe your partner in three words!
BamBam: ”Living-room buddy”. Because we watch TV together in the living room a lot. “Type B”. And third one is “video buddy”. We often have fun watching videos together and sometimes also send funny videos to each other. It can be videos of some trendy dances, in fact we watch everything.
Youngjae: “Hurried”. “Talkative”. “Lively”.

Q2. How would you encourage your partner when he was feeling down?
BamBam: Since we're roommates and also are the same age, I would approach him first and ask him "Are you okay?". Sometimes I come to him, but on the contrary there're times Yugyeom comes to talk to me too.
Yugyeom: I would ask him "Are you alright?". After that, we would let time solve everything for us, maybe?

Q3. How did you two become close to each other?
BamBam: We've been good friends since our training days together, we really have always stayed beside each other for these 4 long years. Since we're both maknaes of the group, we can stay comfortable together and naturally we just grew attached to each other.
Yugyeom: Ehh? Weren't we fighting a lot in the past? (laughs). Just as 365 days slowly passed by, without being aware of we had become close to each other. Everyday we practiced dancing with each other, and sometimes also went to Han River to ride skateboard together.

Q4. Please describe your partner in three words!
BamBam: "The same age buddy". "Daydreaming". "Has no other hobby besides dancing". He truly can't think about anything else besides dancing.
Yugyeom: "Adorable". "Good kid". "Fashion lover".

(x)
some gifs cannot be posted because yugyeom is not legal yet
Q1. How is your partner’s sense of humor on the scale of 100%?
Yugyeom: Mark hyung is zero. He does have moments when he wants to make people laugh too, but at those times we just make ourselves laugh for him.
Mark: Then Yugyeom is also zero! (laughs)

Q2. How would you encourage your partner when he was feeling down?
Yugyeom: Even if I don't say anything at all, I think maybe just staying by his side is enough to cheer him up.
Mark: I'd intentionally tease him. First of all, I would poke fun at him, then come to sit by his side and start talking out loud so that I can help him feel better.

Q3. How did you two become close to each other?
Yugyeom: We became close to each other right after the preparation for our debut began. Since there're a lot of people staying in our dorm at that time, I used to sleep together with Mark hyung on the same bed in our training days.
Mark: Seeing there's no place for him to sleep, I told him let's sleep on my bed together and then we started using the same bed like that.

JUNIOR & MARK
(is op markjin trash? we will never know)

Q1. How is your partner’s sense of humor on the scale of 100%?
Junior: He is like half of the time being funny and the other half not funny so it must be 50%. Rather than making gags, I find him recklessly doing things without thinking anything at all is more interesting (laughs).
Mark: Junior is zero. Or should I make it 10%? However, he's too serious, even if he does something funny we still can't bring ourselves to laugh at it.

Q2. How would you encourage your partner when he was feeling down?
Junior: Until his mood is recovered, I wouldn't call him out to talk. As soon as he feels better, Mark will automatically come to me, so I would just wait for him until then.
Mark: I would let him be alone to have the time for himself.

Q3. How did you two become close to each other?
Junior: I always feel at ease whenever we're beside each other. It's not because he is more mature as he's older than me, but because he always encourage me "It'll be okay!".
Mark: During our training days, I couldn't speak Korean much but it's told that Junior can communicate via English so we ended up going to convenience store to buy ice creams in late night together. After that, I tried to have a talk with him in the park but then I found out he couldn't speak English like I thought at all (laughs). I still remember that story even now.

Q4. Please describe your partner in three words!
Junior: "Manly". Because no matter what happens, he will still keep calm and not show his troubled state on the outside at all. "Monkey". Because he's very good at acrobatics. "Smiley". Since he always has a smile on his face.
Mark: "Serious". "Acting skill". "Thoughtful".

Q2. How would you encourage your partner when he was feeling down?
Junior: I would lend my ears to him. Jackson also does that for me in times I have trouble.
Jackson: I do have heart-to-heart talks with Junior a lot.

Q3. How did you two become close to each other?
Junior: Actually the first time we met, for some reasons I did think that "What an opposite person to me~" (laughs). But as he listened to me well when I'm in trouble, we found out there're a lot of similarities between us and quickly became good friends!
Jackson: Like in JB's case, since our training period together began, I'd also gained more opportunities to talk to him and become closer.

Q4. Please describe your partner in three words!
Junior: "A person that can become good at everything he does". I think that even if Jackson didn't do this job, he still would be successful in other fields. Other people may think he's just a funny and pure guy, but to me he is very clever. "Gagman". "Friend". It's not that we're friends just because we're at the same age, in fact Jackson is really a friend that is deeply connected to me.
Jackson: "Earnest". "Sensible". "Mature".

Q1. How is your partner’s sense of humor on the scale of 100%?
JB: 300%. He's super good at throwing gags on the right moment.
Jackson: Sometimes JB can be up to 180%, but there're also times he becomes minus something hundred % (laughs). Sometimes we didn't even know if what he said was really gags or not, and time just passed by so doubtfully. SO COLD! (laughs)

Q2. How would you encourage your partner when he was feeling down?
JB: First of all, I'd ask him "What's wrong?". As long as we can tell someone about our problems, the burden will be lightened somehow. That's why I want to call him out myself first.
Jackson: I would tap JB's shoulder lightly and encourage him "Pull yourself together!". Since neither of us are girl, there is no use giving each other roses as present (laughs).

Q3. How did you two become close to each other?
JB: We used to fight in the past. But as we grew knowing each other better, the distance between us is also shortened.
Jackson: JB, I, Mark and Junior all spent our training period together. Until then I still had been so insecure about the ability of myself so I always drew a distance between me and those around. But as soon as the training began, I could gather myself together better and throw the reserve away, and finally opened my heart more to the others.

Q4. Please describe your partner in three words!
JB: "Considerate", "Judicious", and he "can think for someone else more than himself". He always throws his image away so that he can make us happy, that's why.
Jackson: "Leader", "Responsibility", "Always stands tall".