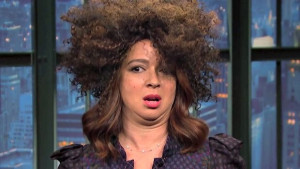 Maya Dolezal invites you in

Got7: GOT7 will be making a comeback with their fourth mini-album “MAD” on September 29. Their upcoming title track will not be a song from JYP Entertainment‘s Park Jin Young. Instead, the song will the work of producing team Black Eyed Pilseung.

Lovelyz – Shooting Star- coming back as eight
Jessi- [MV] 제시 (Jessi) - 쎈언니 (SSENUNNI)
Sweetness, Puppies and Crooning - Roh Jihoon 'If You Were Me' MV- CUBE
Heart B- Beautiful
Leessang’s Gary gets ready for his solo return with “Get Some Air” MV teaser ft. MIWOO
Fly to the Sky Release Part 2 of Drama MV: "If I Have To Hate You"
CNBLUE's "Cinderella" MV
Amber- Beautiful
Nell- Star Shell MV

Taeyeon and Baekhyun break up, from lovers to SM senior and junior

Fans say Dara should have been under SM Entertainment?

Winner of Track 1 of Unpretty Rapstar 2 cosplays a race

Listen to our podcast please at the source: Soundcloud
Tags: got7, lovelyz, not your average netizens, super junior
Subscribe