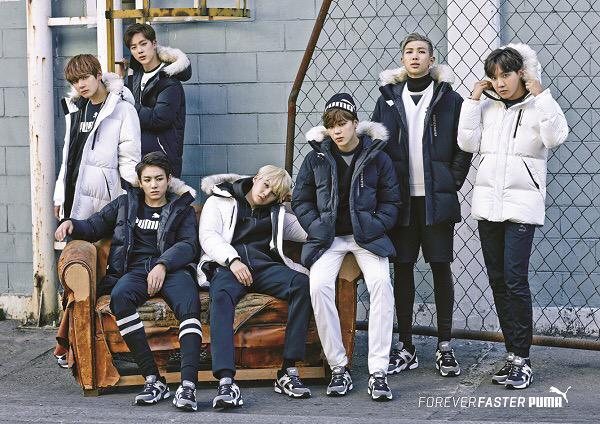 "BTS has been revealed to be sports brand Puma’s newest spokesmodels.

The popular boy group revealed this news through their official Twitter account and shared a picture from their Puma photo shoot.

In the revealed photo, the members are all wearing warm down jackets and exuding charisma. While they are wearing different pieces of Puma apparel, it looks as though they are all wearing the same Puma shoes.

A Puma representative explained why they chose BTS and stated, “We are targeting a brave, determined, confident, and joyful young generation who have their own individuality and culture. BTS is perfect for Puma’s concept since they are progressive and up for challenges.”

Meanwhile, BTS will be having solo concerts in Seoul from November 27 to 29.

Which brands would you like to see BTS spokesmodel for?"