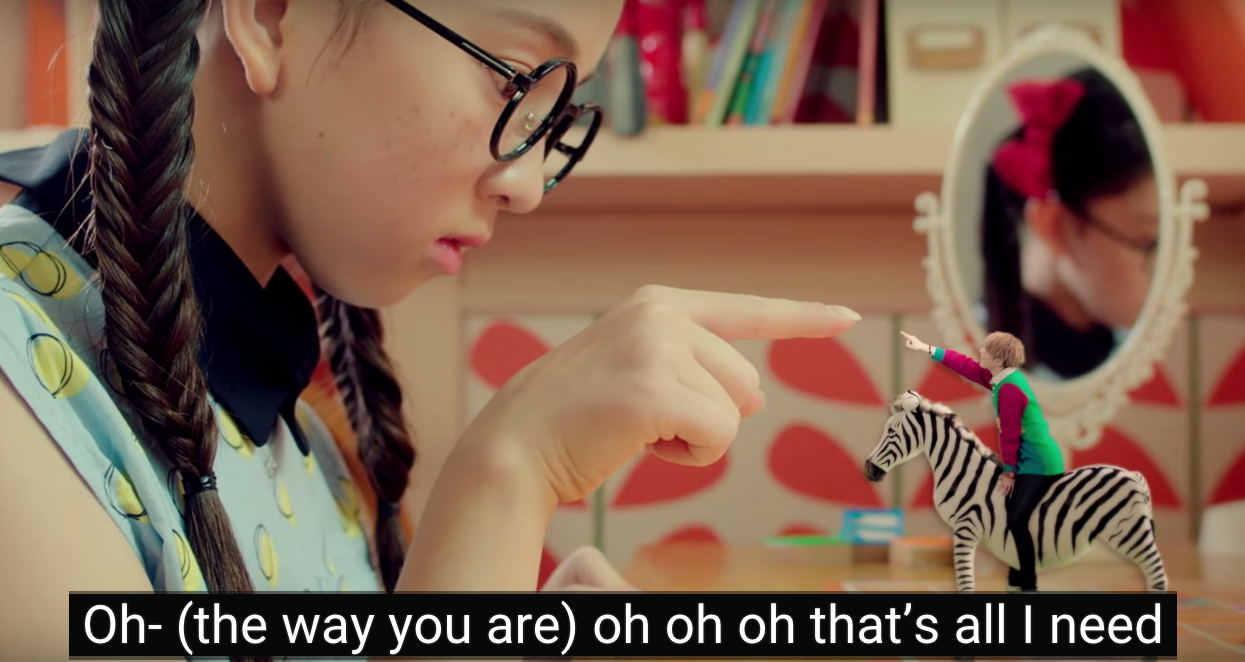 This year was a particularly great 12 months for the K-pop album, while the industry started moving on from some heavy demons, but the Korean music industry’s surest strength still lies in the individual song—especially those invested with the full force of the country’s staggering video, choreography, and art direction budgets. The following countdown gathers twenty of the most remarkable singles, b-sides, and album cuts to shine from Asian pop’s central helios this year.

Following some silly, ill-informed accusations of plagiarism, top Korean producer Primary had himself a pretty rough couple of years. With great hits for himself and others, like “Don’t Be Shy,” “Mannequin,” (check our interview), and Lim Kim’s “Awoo” (scroll down), 2015 was his redemption. Fortunately, before he left the doldrums, he teamed up with indie wunderkind Oh Hyuk and made this depressive masterpiece. It’s a safe bet some soju traded hands.

The endless, arcing hooks of “Call Me Baby” merit mention, but “Playboy” was the smoothest highlight off EXO’s solid Exodus album. Even by K-pop standards, this is a remarkably rich vocal fore, and it unfurls with all the sensual ease of the slinking electric piano beneath.

[ the video won't embed / is pretty hard to find on youtube so it's here. ]

As a onetime government-ordained “Best Korean of the Year,” this teenage belter is more a presence on national TV than the singles charts. Her specialty, after all, is minyo—old folk songs. But this groovy big band take on 70s Korean pop would be in a league of its own even if all the fancy entertainment companies were trying to churn out similar fare instead of the next Girls’ Generation.

Innocent’s single was fine, but you could have thrown darts at the tracklist and found something better. There’s the Mariah-meets-Noah Shebib wooze of “Bad Man Crying,” “Privacy’s” noided electro-funk, and—perhaps best of all—this mathematical proof that dancehall and 90s Europop equal out just fine.

Asia’s most famous fivesome took some pills and made one of the trippiest, most liberated K-pop videos of all time. The same can be said for the song, which achieves an improbably refined ease with its integration of trap hats, Jamrock rhymes, FM country guitar, frathouse reggae, and thuggish adlibs.

This desperate girl group’s image has become so risqué that their company’s been telling them to act embarrassed in interviews—a bit of silliness we’ll endure as long as their songs stay even more daring. “Vibrato” begins as an excellent blog-house electro throwback, before nailing the boldest bridge of the year.

“Kill all the unnecessary feelings.” “I don’t care if my insides wear down and tear out.” “I must be insane if I wanna live.” It’s all bleak, but the most nihilistic thing about this violent mess is the way the chorus fights itself, a disorienting blast of noise pitch-shifting towards dissonance. It sounds like hell, then makes that beautiful.

SHINee’s lead vocalist had a breakout year as an R&B soloist (and songwriter: see “Playboy” above), the creative peak of which came in the form of this skittering, gradual abstraction. There’s plenty of surprises along the way, but hold on for the Dilla break in the bridge. (Bonus track “Fortune Cookie” was even better, and a must-buy: the only edit online omits the best part.)

K-pop’s most inventive songs always need a little time. Strangeness abounds in EXID’s second great hook overload of the year, but nowhere moreso than in the dreamy half-time breakdown—the gorgeous dreamy half-time breakdown—that hits before the second verse. But western record execs and LA song camp veterans would be shocked by just how quickly one’s ear adjusts. Music that gratifies your every pop desire, and challenges you a bit, too—and there’s, like, a whole country of this stuff?

A year ago, the idea of Korea bringing back Miami freestyle would have seemed ludicrous—much like the idea of Wonder Girls reforming as an ace synthpop band. But then, at its best, what can’t K-pop reconcile?

Bedroom pop superstar Neon Bunny’s music was plenty worthwhile at the start of the decade, when she was a Seoul city misfit inspired by Ed Banger and other things going on in France. But as her heart moves more toward “Manhattan,” Ella, and the Jazz Age—along with the traditional instrumentation of her home, like the kayageum sampled here—she’s becoming something far more special.

“Married to the Music” may have had the better video and dance, but sometimes the song trumps all. And few songs could match the grace and light of SHINee’s annual best, one of the finest house-pop crossover records this year or any.

Suran’s brief career has been full of surprises. She made her solo demo debut with “I Feel,” one of last year’s best R&B abstractions—with a voice unlike any other out of Korea to date. Then she made a silhouetto star turn on Primary’s “Mannequin,” perhaps the strongest social critique of modern Korea’s plastic, consumptive id ever to grace the top of the charts—finding time to co-write “Awoo,” also on this list, with him as well (catch our double interview here). Now, for her proper debut, she’s made one of the most elegant singles of the year, somehow equally apt for sun in LA or snowfall in Seoul. On top of that voice, Suran writes, produces, and plays all her own stuff—making her perhaps the most singular talent in Korean music today.

K-pop makes for great music, but its full effect can only be felt when taken with its choreographies, videos, and conceptual narratives—as much the music of the thing as is the song. “Closer” was the year’s best example: its hypnotic dream-pop core is entrancing on its own, but so much of its resonance owes to the attending words, video, zodiac constellations of the choreography, and the story they tell together. You wouldn’t watch a movie with your eyes closed, would you?

As the harrowing centerpiece of Ga-In’s original sin concept record Hawwah, there’s little "Paradise Lost” doesn’t challenge: biblical misogyny, religion’s persistent stranglehold on human will, innocence lost as something to regret, and the Anglocentric depiction of Eve as a white girl. It’s only fitting that such a modern take is set to the best industrial grind since Year Zero.

You can’t help but smile at the endearingly goofy dance break. Or the song’s impatient ingenuity, flitting as it does between sunny southern rap and expansive orchestral detours (the latter making up some fraction of the world’s longest pre-chorus). Or its one-word, uncentering hook. But you grin widest at the end of its gloriously heartfelt video, having waited all the while for the cliché inevitability of the bookish girl’s glamorous transformation to arrive—and it doesn’t.

The likewise brilliant “Ice Cream Cake” could have placed high on this list as well, but “Dumb Dumb” wins out for its endless momentum—sustained across a Michael Jackson tribute rap break, a blindside bridge borrowed from some other sonic world, and a chorus that interrupts itself to laugh at all the awesomeness everywhere. The cherry on top comes in the video and choreography, where SM Entertainment riffs on the “assembly line” nature of the pop form they’ve invented and perfected over the past 20 years. If this is a factory, it’s Andy Warhol’s.

The anxiety that pervades every visual cut, dance move, synth stab, and vocal take in this lambent reinvention is real: the number four, after all, is synonymous with death in East Asia. And after losing an original fifth member last year, f(x)’s four holdovers were faced with what looked like an end. So while this song has all the hallmarks of top-tier K-pop—massive hooks and half-hidden micromelodies, unpredictable yet deftly placed bridges (several), a rap break that hits sooner than you knew you needed it—this time they come with genuine pain. K-pop’s appeal lies in laminating its every human flaw into smooth, glossy perfection, and that’s how we like it—but the very best art still takes a little blood.

Jakob Dorof is a writer in Seoul, where he runs the K-Pendium —an ongoing breakdown of what makes K-pop unique. And he tweets.