It first started off with Tzuyu's request on M Countdown asking Hyomin to do an exercise during her stage. 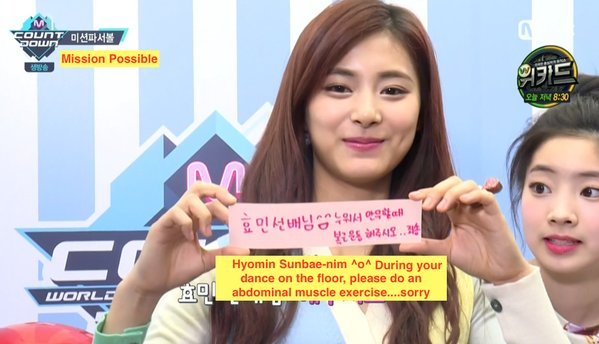 Hyomin saw the request and liked it on instagram.

She reposted the photo with a message saying if she did she would have to start exercising now.

She quickly deleted it because people started sending her hate, asking why she is supporting Tzuyu, to delete it because they dont want Tzuyu, threatening that they will unfollow/unstan, saying she supports Taiwan independence and not China etc. 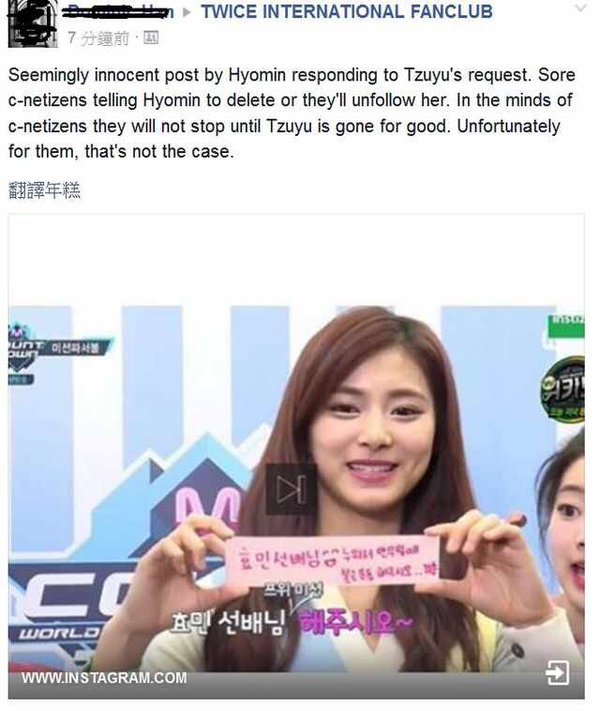 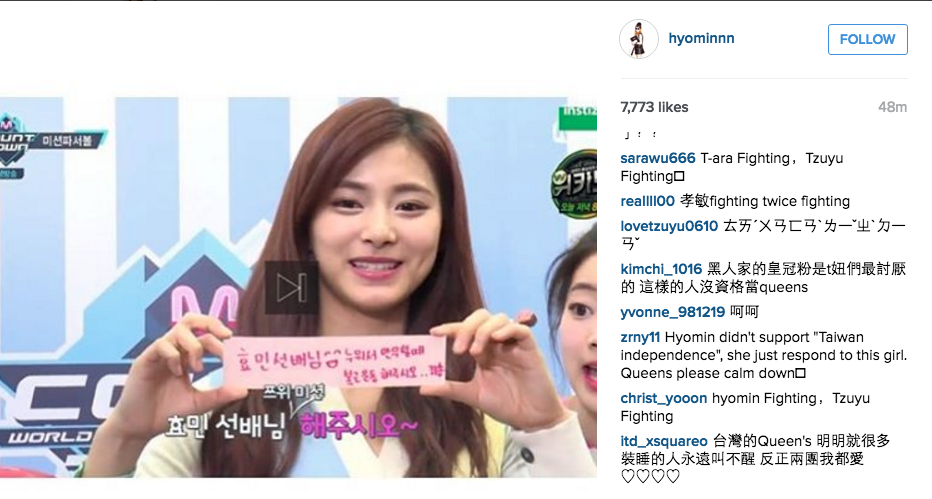 Now Hyomin is in deep shit because China is like the only market where T-ara are alive/doing well and also because some ONCE are mad at her for posting a photo of Tzuyu as this is making people hate on Tzuyu again.